That’s right, Totchos—tater tot nachos. They’re a thing and made a bigger thing by loading them up with some carne asada, chorizo, guacamole, sour cream and some heat. 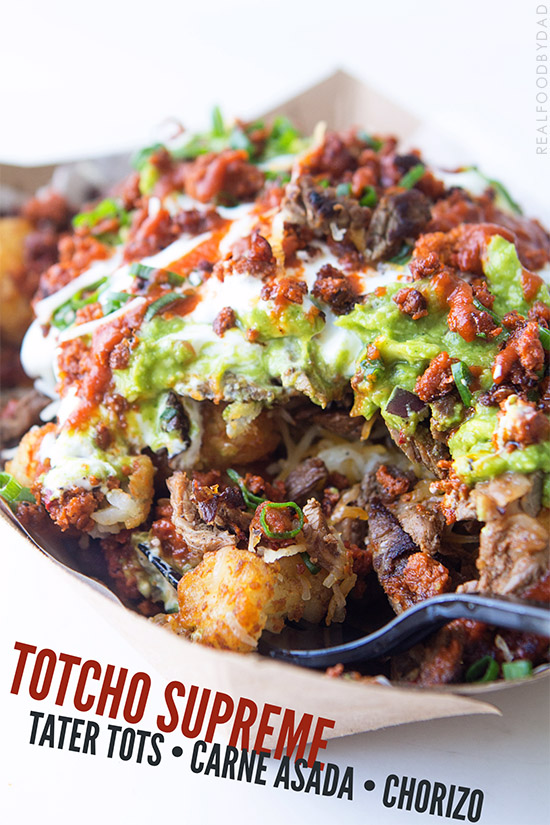 These are big, heavy and unapologetically messy and calorie-filled. But who’s counting those numbers, when the only number that matters during March Madness is the score. That is unless you are counting numbers following a dollar sign. 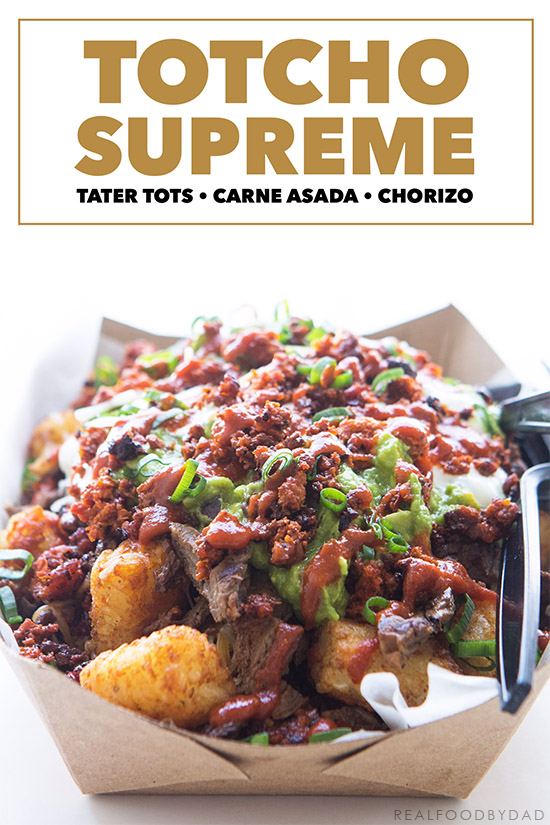 But around here the bets are on chore swaps. Because guess who has trash and bathroom cleaning duties on a regular basis—yours truly. Guess who is going to have it real soon for a short while—here’s a clue—she’s a baker and he’s an eight-year-old cartoon watching boy and if I could rope the baby into this to stretch out the chore relief, I would.

And since I’m a nice guy, I thought I would do my best to keep them well fed with a slew of nacho recipes for each game—I don’t want them to totally suffer going into the most dreaded of house chores. 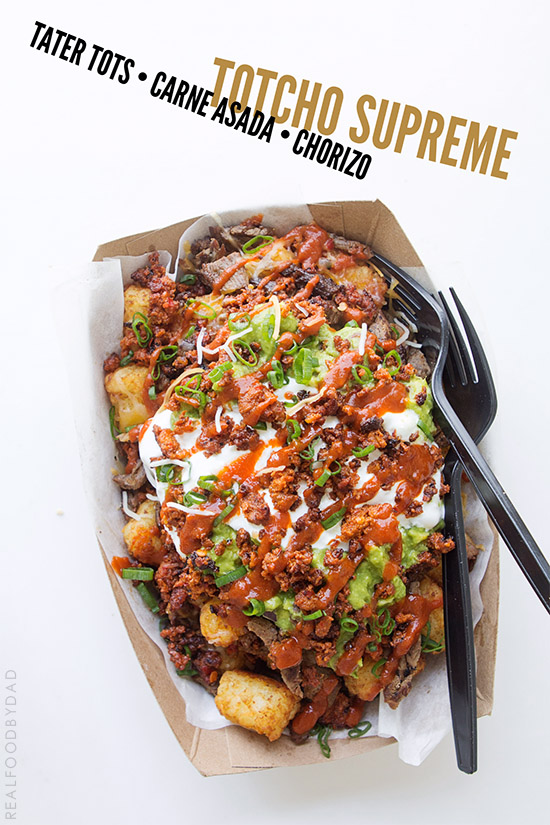