There is just something about sliders that are popular in my home. If I made these as a full version nobody but me would eat them. Maybe it’s the illusion that they are more manageable, but really, look at those things, they are overstuffed and bursting with thinly-sliced and seared tri-tip, caramelized onions and green bell peppers. 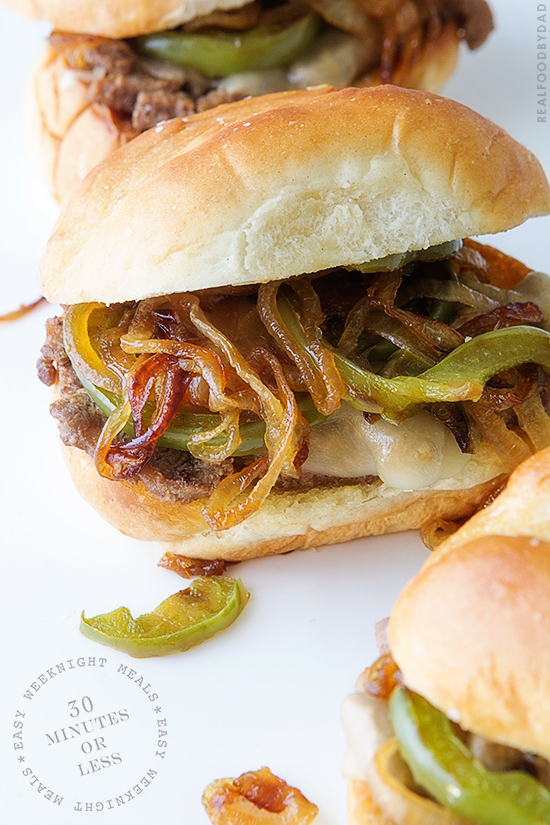 There isn’t anything to special about these Philly cheesesteaks, but everyone needs a good, solid weekday meal like this that can come together in under thirty minutes. 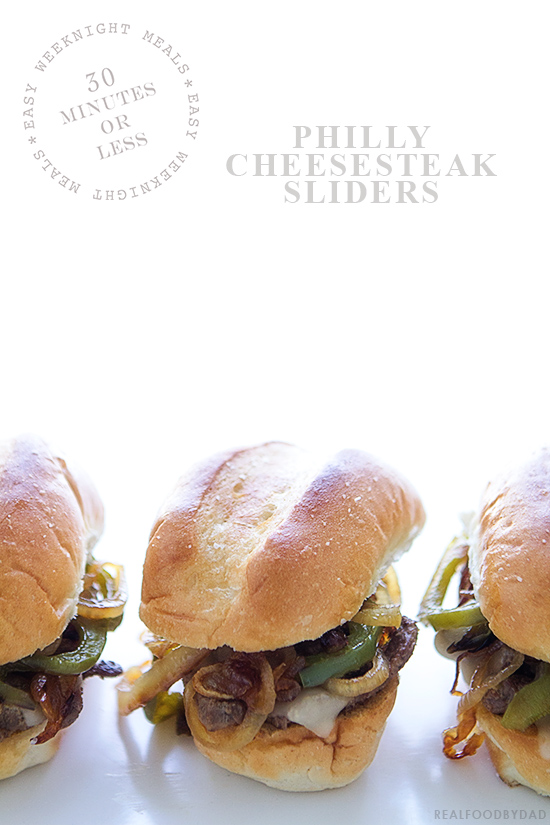 To speed things along, I used President Cheese Rondele spread as the binder and flavor super sizer. Generally I use Philadelphia cream cheese flavored spreads, but I didn’t have any on hand, and this was staring right back at me and begging to be emptied. Or maybe I was looking to lighten the refrigerator load a bit (okay, the latter being more likely). The result was incredible and better than I expected–the Rondele is a game changer for my Philly Cheesesteak recipe.

This was the perfect post game meal. It didn’t take long to make and it took even less time for everyone to eat.

It maybe Fall baseball around here, a time when coaches do more in-game training than usual and where the kids try new positions and find there rhythm and groove for Spring, but the one constant . . .”Dad, I’m starving, what are we going to eat”.  Ah, I only have—what another 12 years of little league—here’s to hoping my boys don’t get tired of my cooking. Thankfully, I always have Naomi as a back-up, but . . . shhh, we love her and most of her food, but the times when we don’t is when she tries to feed us lawn clippings and seeds – a.k.a things like dandelions and black sesame seeds. 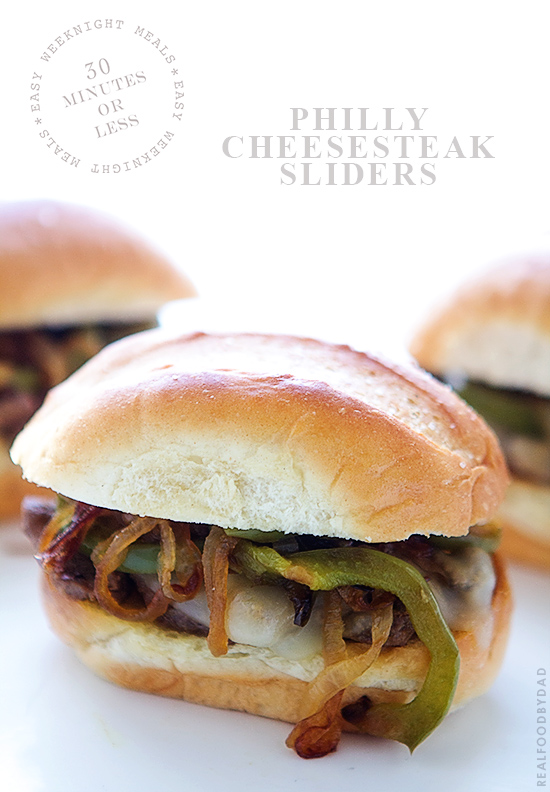 Luckily we both run food blogs so we can punt recipes back forth that are suitable for the whole family—this being one of them. 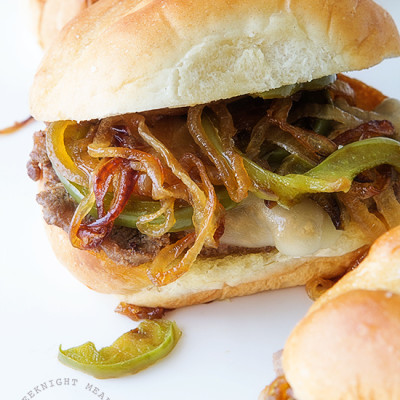 There is just something about sliders that are popular in my home. If I made these as a full version nobody but me would eat them. …