Let’s do an easy, one-pan chili and top it off with some biscuits for a chili cobbler. I’m all about easy cooking and fast meals. Although this isn’t exactly 30 minutes-and-under, it’s easy enough and well worth the extra few minutes. 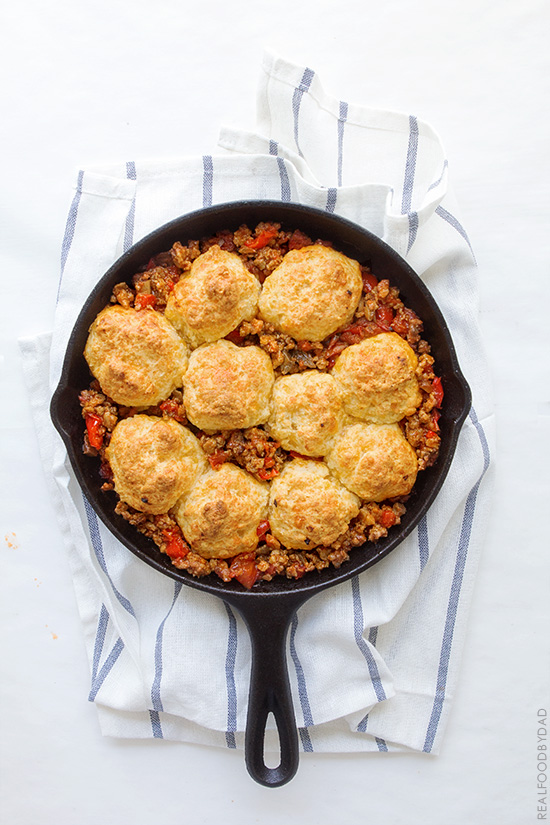 This recipe is adapted from Martha Stewart’s new One-Pot book. 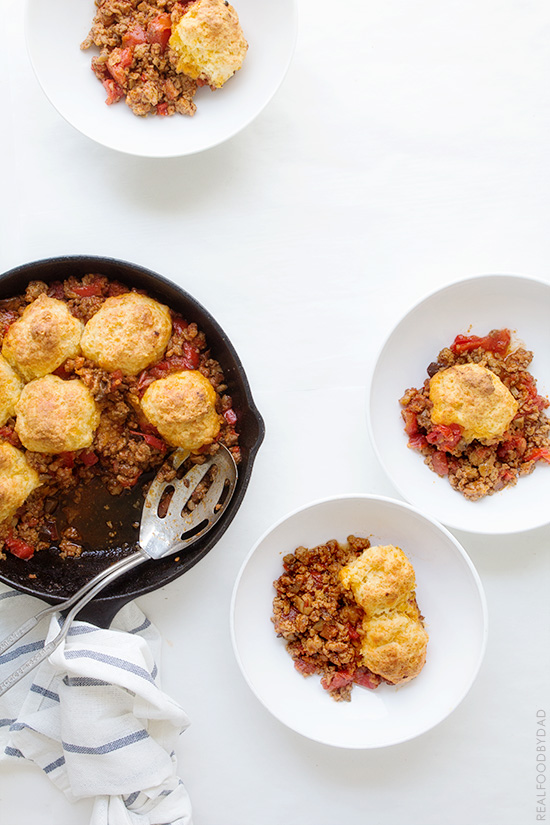 And by adapted I mean, I started with one of her recipes but then tweaked the flavors to make it to my preference by: 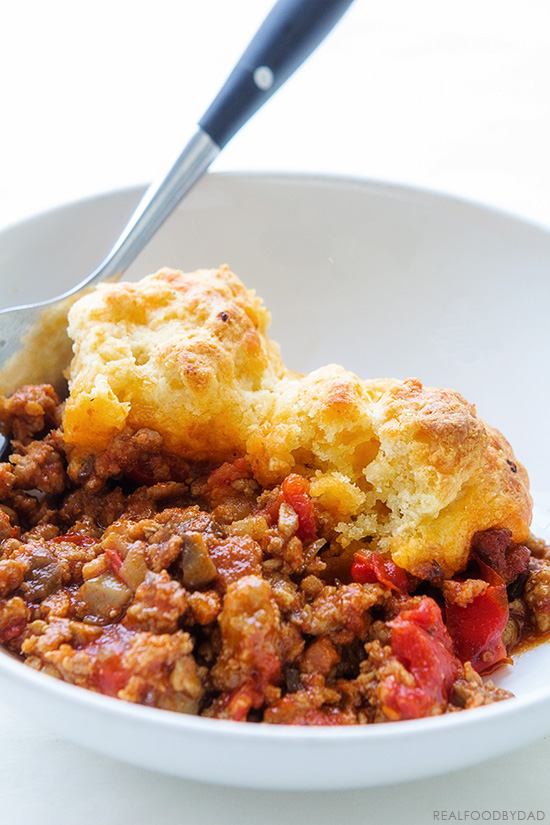 With all the tweaks, this really took on a chili flavor so I decided to change the name from Turkey Skillet Pie to One-Pan Chili Cobbler.

Now that we’ve gone through the tweaks, let’s talk results—two words—make it. This is a new family favorite and we couldn’t get enough of it.