We are a pretty darn simple family, in every way possible, and we wouldn’t have that any other way. Sure, life is pretty chaotic and crazy at times, but who’s isn’t? From school projects, to baseball and basketball, to family gatherings, blogging, and now my wife’s pregnancy, we don’t have much free time to simply take a breath and relax. As parents, our favorite saying is “the days are long but the years are short”, and that gives us perspective in all we do. We appreciate every minute. 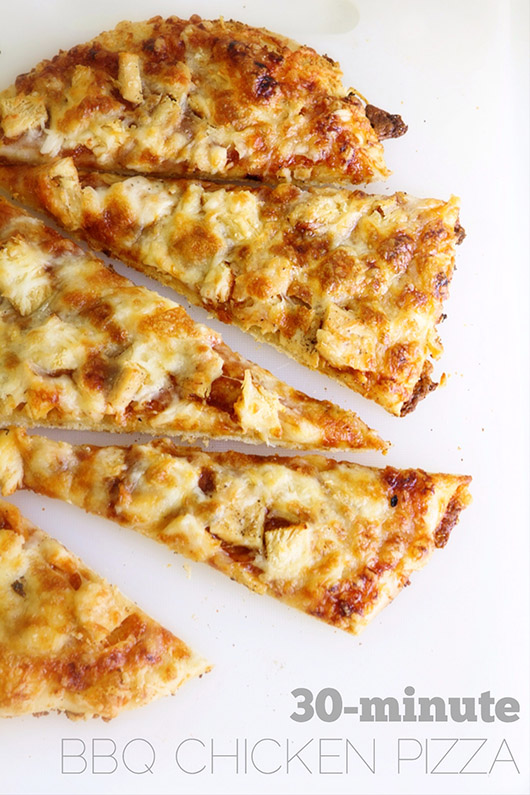 Staying with that theme, it becomes vital that we squeeze in quick, easy to make meals for the family. And this time, I knocked it out of the park with this Homemade BBQ Chicken Pizza. Our boys love the BBQ Chicken Pizza from California Pizza Kitchen, but the time and money involved doesn’t make sense to me sometimes. So I figured I would do it myself. It literally took me 30 minutes to make from start to finish and while it is simple, it is the best pizza I have ever had. Half of us are extremely picky, so that’s always got to be taken into consideration with every meal. And this one covered that. Super easy, super tasty, and super happy boys and wife. That made me Super Dad, at least for an hour or so.

The secret to this being one heck of a pizza lies in the addition of an ingredient to sweeten up the barbecue sauce – a tablespoon of apricot jam mixed in with the sauce. It gave it just the right amount of sweetness to balance out the barbecue sauce taste. Of course, I didn’t tell the boys that. 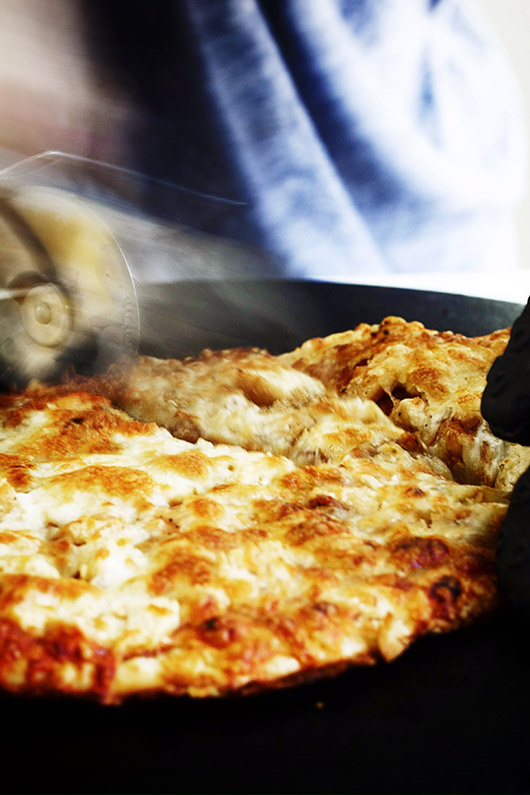 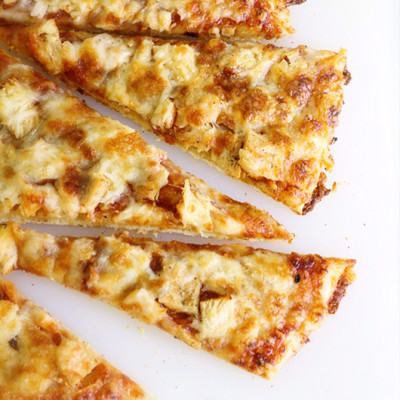 A tasty, sweet BBQ chicken pizza made in under 30 minutes