I’m not going to pretend that decorative desserts are my thing because this is usually Naomi’s arena, but she’s been so busy that I decided to brave it. 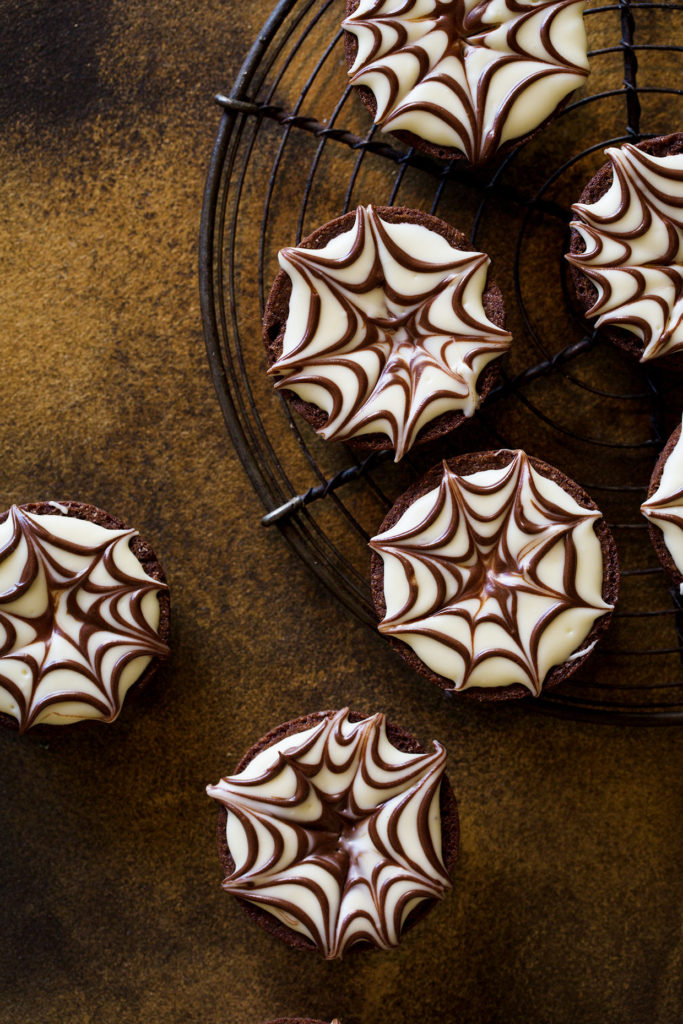 Of course along the way, I bypassed homemade brownies for store-bought ones. While I know it’s extremely easy to make brownies, it’s just that much easier to buy them. This semi-homemade recipe doesn’t take much time to make–just grab your brownies and some chocolate and you are good to go.

That is unless you have a toddler and what should of been a simple job of: melt-the-chocolate and pipe-it, turned into melt the chocolate, drop the chocolate, clean up the melted chocolate along with the broken bowl while trying to contain a crying 3-year-old bent on hand painting with the spilled chocolate turned into a complete ordeal. By the time clean up was done all I wanted to do was put take a nap. I’m sure you can guess that’s not what happened. Nope. 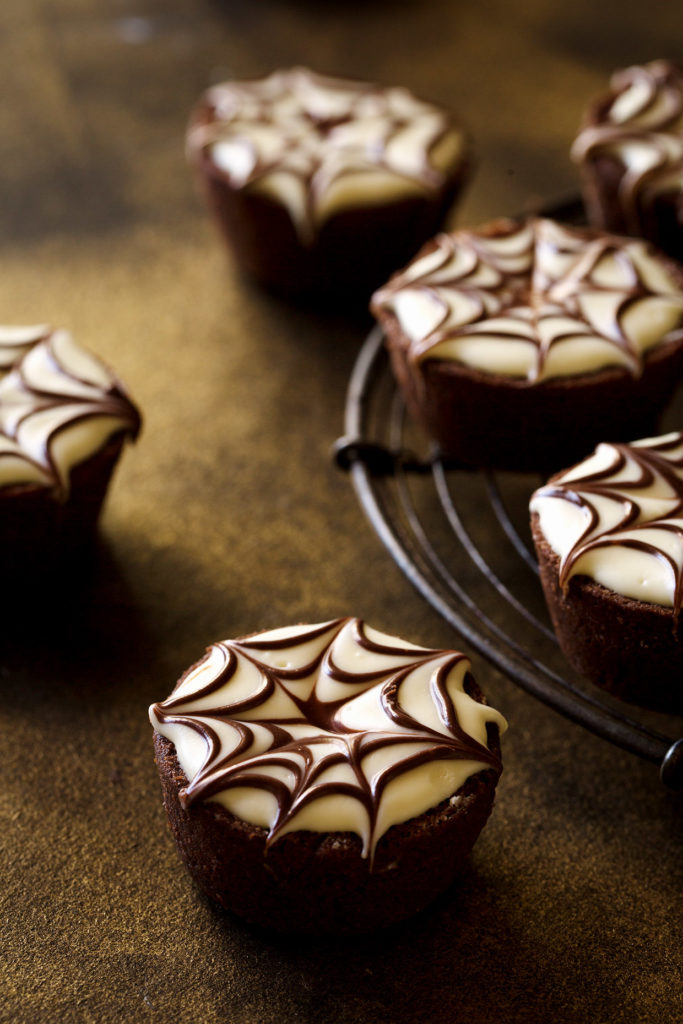 We piped, correction, I piped. My toddler ate brownie bites and watched. But I guess being in the mere presence of the process was enough to proclaim, “Look, Mom, I made you Halloween brownies”.

Sure why not, especially since that gave me the opportunity to tap out and take that much needed nap. Of course when I woke up, my 10-year old, couldn’t believe I did a Halloween activity without him.

Thankfully round 2 went as planned, no spills, no tears just 3-ingredients and 20 minutes later we had what you see in the picture.