We are only halfway through with summer, but for my boys who are about to go back to school, it feels like the end of summer for them. To keep summer around for as long as possible, I’m cranking out as much grilling food as possible for them. Today, I’m kicking off the week with this Southern BBQ Burger. 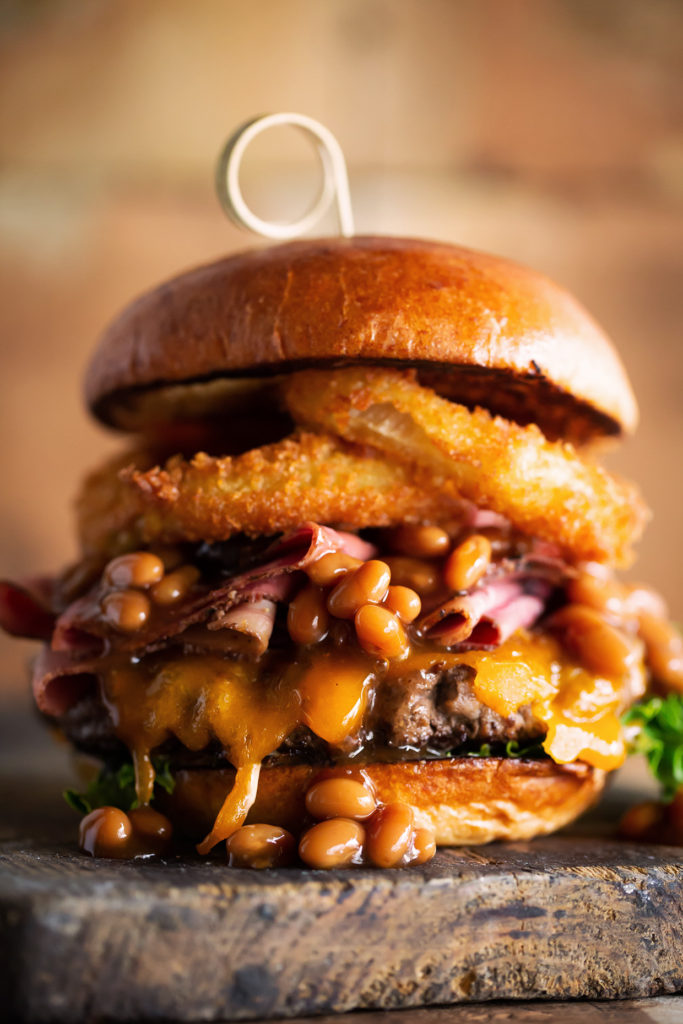 Sure, the bun-to-meat ratio might be slightly askew, but I don’t think anyone is going to complain about a few slices of pastrami on top of a juicy burger for added smoke. And since I’m into big burgers, I added a layer of BUSH’S® Country Style Baked Beans for added sweetness, some onion rings for added crunch, and encasing all that is a toasted brioche bun—because nothing kills a burger like a dry, sesame-seed-riddled bun. 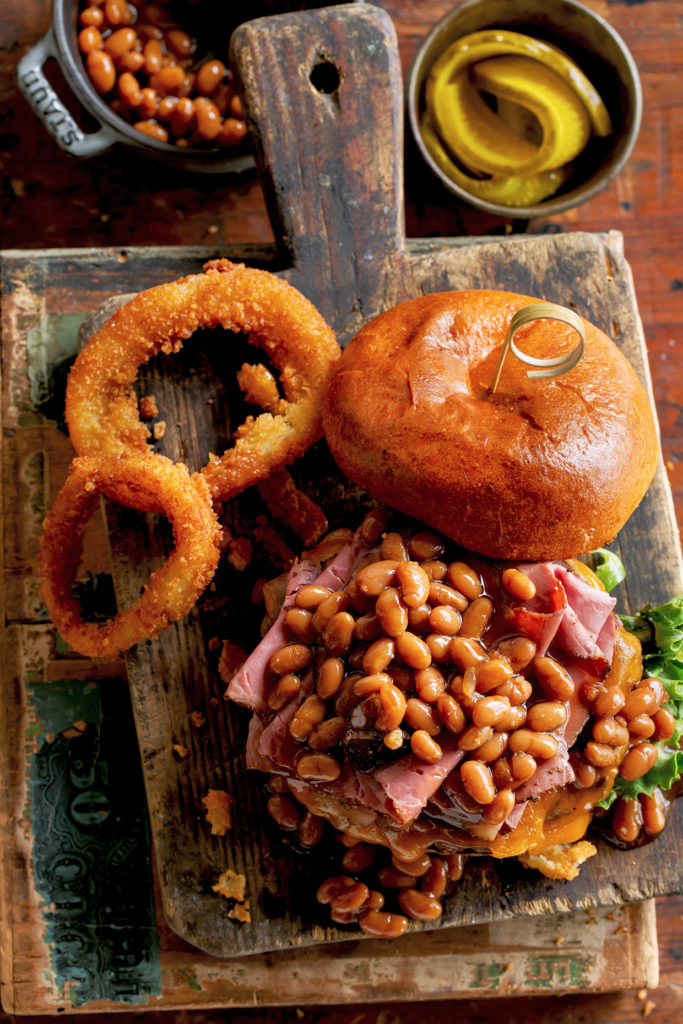 Trust me on the bun – go brioche when you can (I love the soft sweetness) and don’t forget to toast it, otherwise you will have wasted all the effort with a sloppy, forgotten finish.

The pastrami is an important element. Get the best that you can from a good deli, otherwise it’ll just be an extraneous layer of added calories that you’ll have to run off later.

Now that you have the low-down, add this to your summer list of burgers!