I’m going fast and easy with today’s trfile. It’s all about layers, flavors and candy. Any candy will work, but Snickers is a favorite in my house and it was the little man’s birthday this week, so we celebrated. 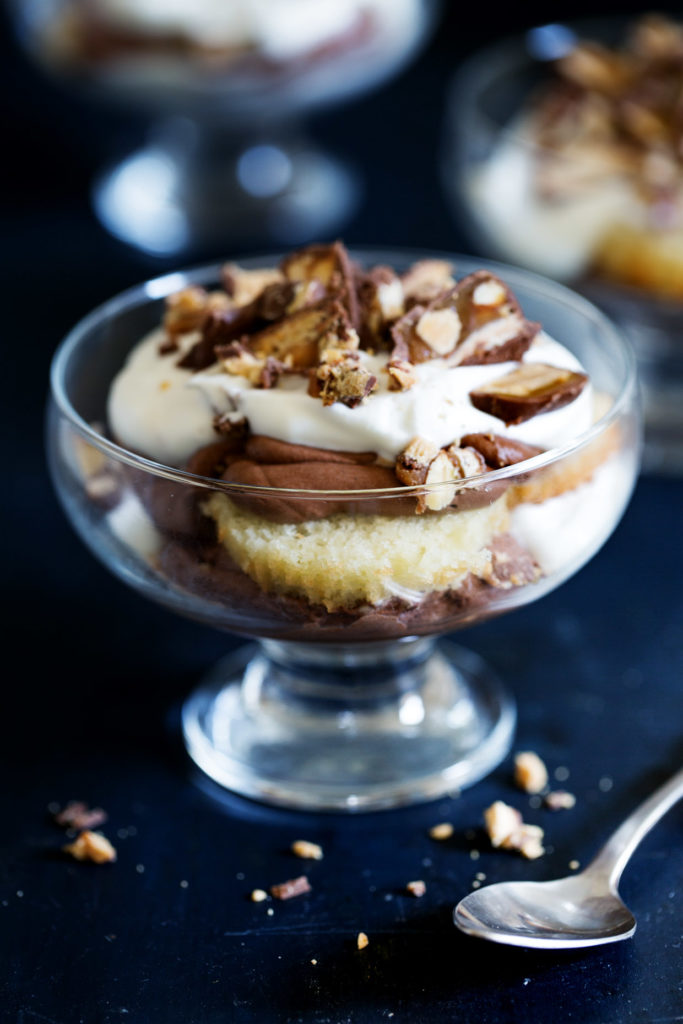 Unlike his older brother, he loves cupcakes, but hates getting frosting on his mouth or hands. To work around that, I made these trifles, it’s basically a deconstructed cake. Works for me, because I’m not really handy when it comes to wielding a pastry bag for piping. He loved them!

But not more than a minute later, after he gave me big kisses for his special homemade treat he followed it up with, “Where’s the cookie?”

Gah, I forgot to add the Oreos. The Oreos that he very clearly requested because he saw Oreos on his brother’s ice cream cake.

Looks like I’ll be revisiting this later this week for round two. Never mind that he’s three and already learning to stretch out his birthday to birthday week. 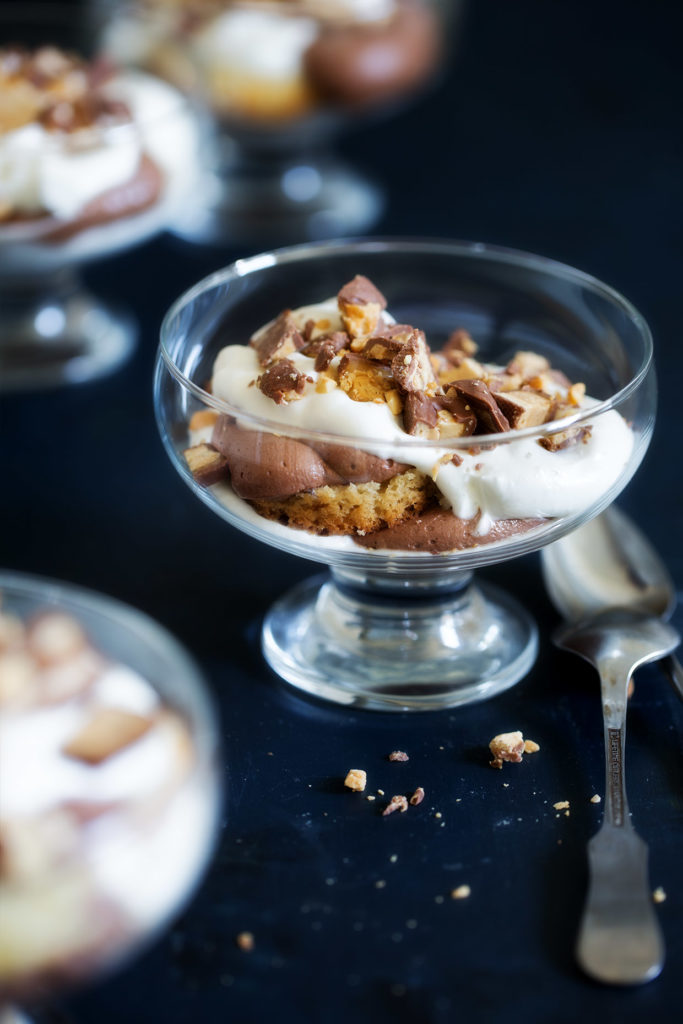