Who is with me on this Fried Chicken and Gravy Poutine? Talk about a new found addiction. 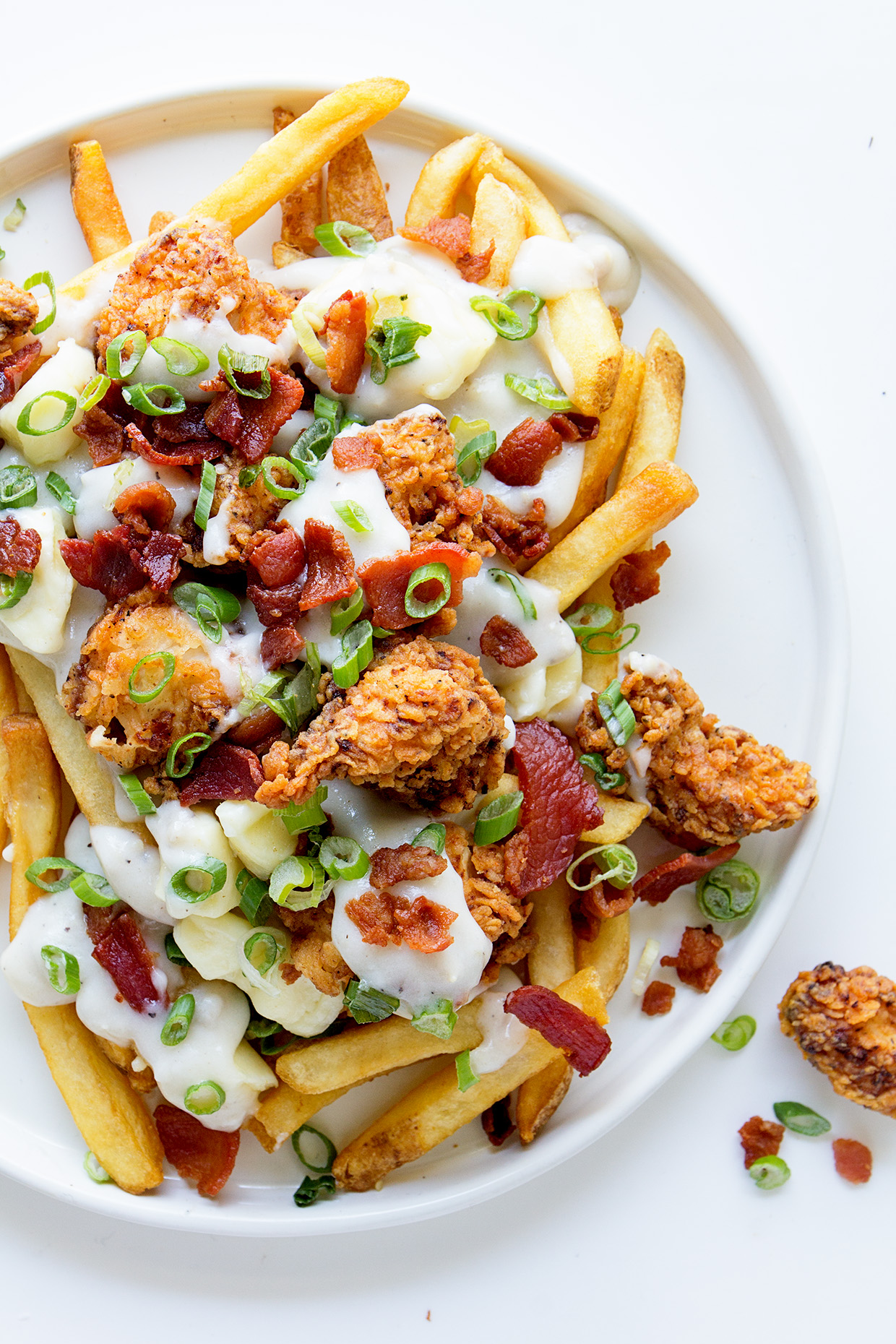 Admittedly, poutine is a newer discovery for me and one that has my head filled with a dozen-plus riffs. How many ways can you skin fries and cheese curds – a lot. The first one is what  you see here.

For this recipe I bought the fries. I hate cutting fries – with or with out a mandolin, so if you are like me, buy it from your favorite restaurant. But for the chicken and gravy, I’m going to say, roll up your sleeves and let’s get deep frying. It’s actually not hard or messy and goes pretty fast. 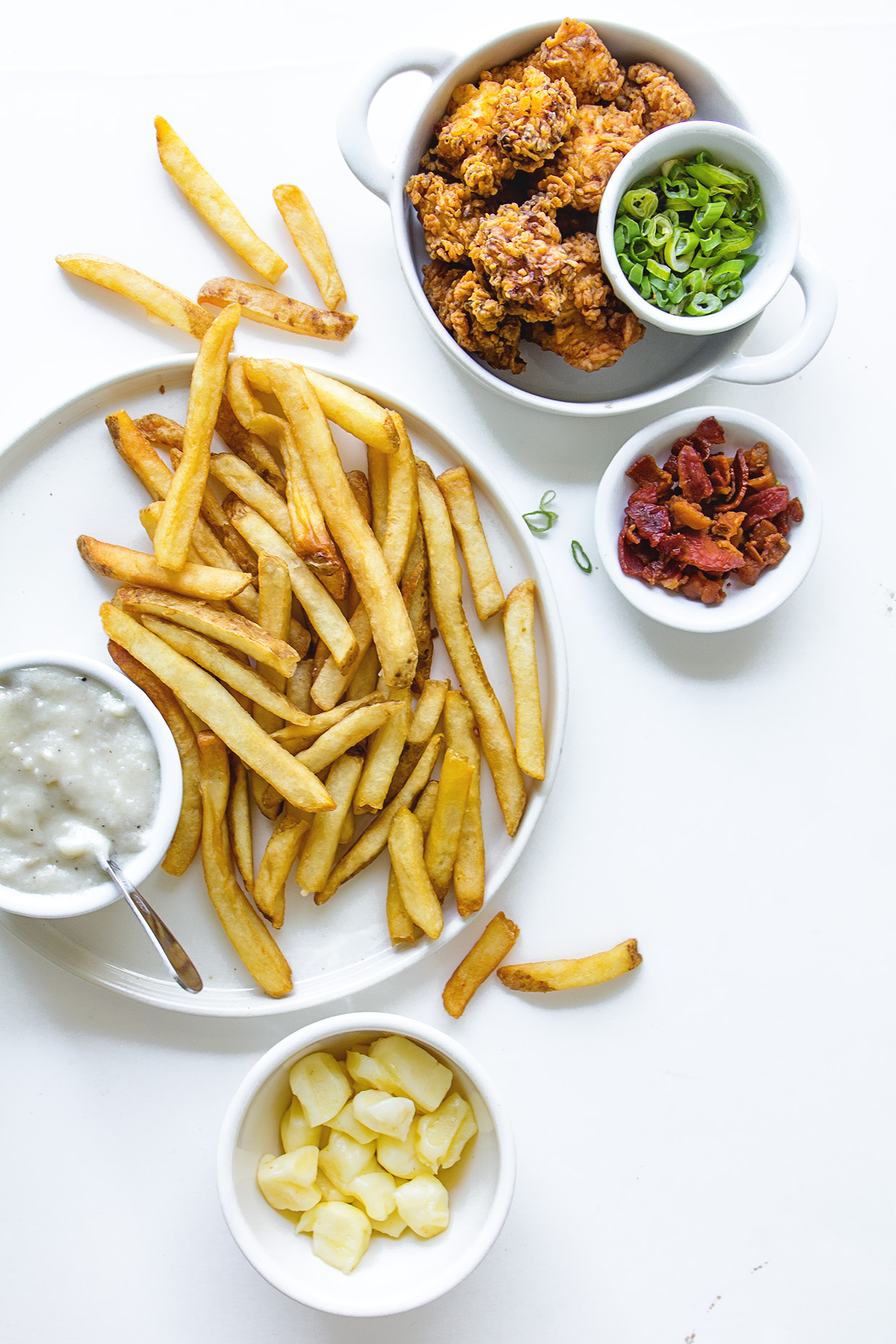 Here’s the key to a mess-free, easy fry job for any recipe—have the right tools on hand. Here’s what you need: a deep fry thermometer and spider spatula or any wire skimmer. Let’s start with the thermometer. It’s tough to deep fry without one, despite the many sources on the internet that will tell you otherwise. All you need is a basic deep fry thermometer. It’s a $10 dollar investment that you will use often. The one I use and love is here. Next up you need the spatula to gently lower and lift your food out of the oil without anything slipping and sliding around to cause burning splashes. The one I use is this spider spatula, again, less to than $10. I especially like it for the wide slots and it grips food well as you move from oil to paper towel.

Lastly, of course make the gravy! Do not buy any jarred stuff. There you go, make it and stay tuned, because I have few more poutines, coming your way! 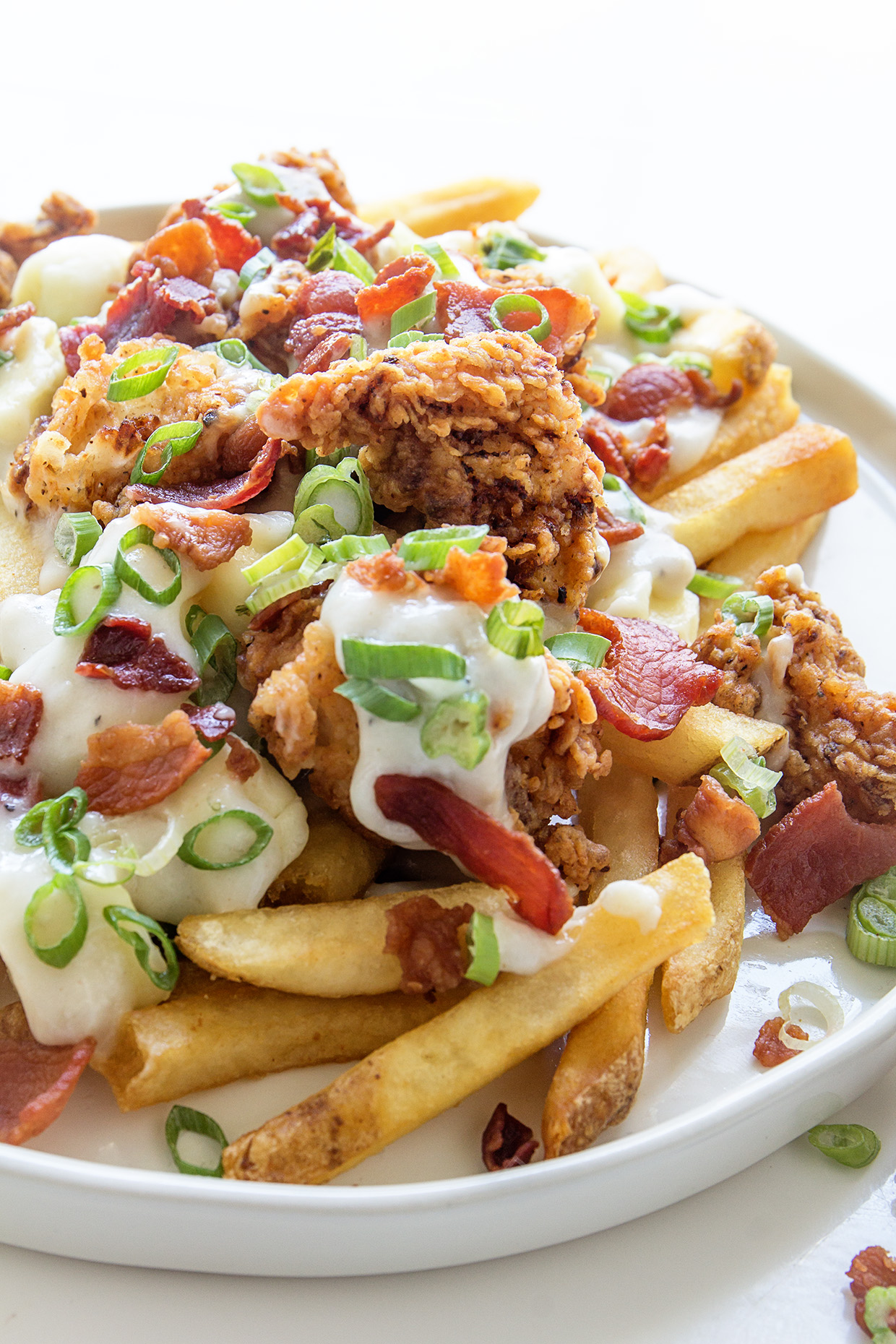