Forget pumpkin pie this Thanksgiving, these Blackout Chocolate and Peanut Butter Cheerio Bars are where it’s at. The chocolate-to-peanut butter ratio is just right thanks to Cheerio’s new chocolate and peanut butter cereal.

My boys love these bars so much, we decided this is what we are making for Thanksgiving dessert, because pumpkin pie is over-rated. The only person in the family to disagree is Naomi, but she eats pie for breakfast so her opinion is totally biased.

Okay, so is mine. 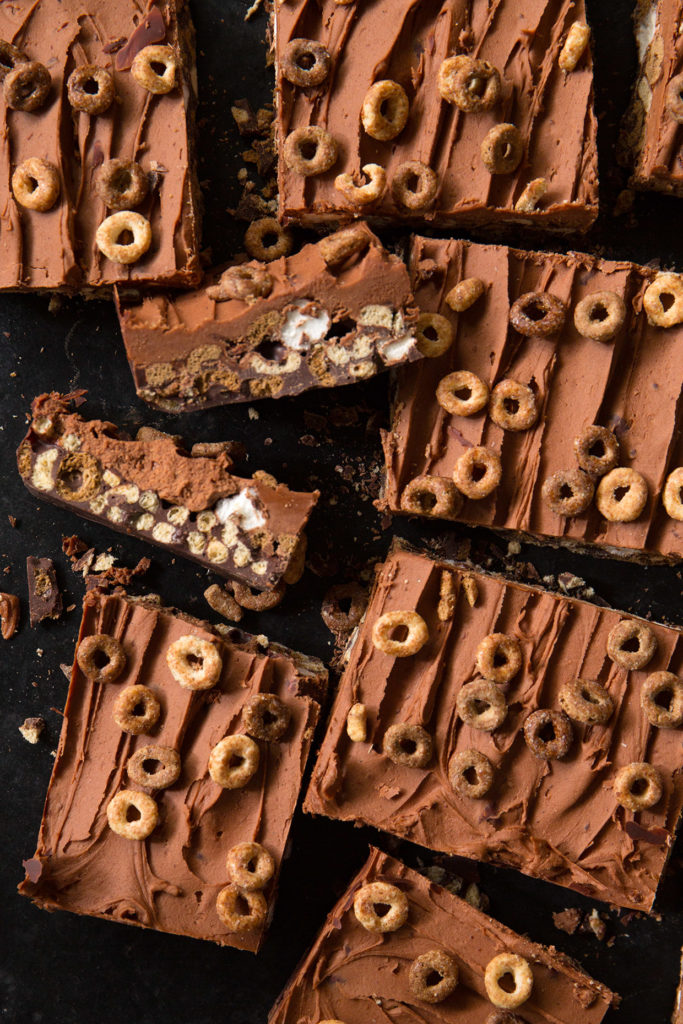 I have never liked pumpkin pie as kid and as an adult that hasn’t changed too much. But I’m betting that my plate of these Blackout Chocolate and Peanut Butter Cheerio Bars will have more takers than Naomi’s pumpkin pie this Thanksgiving.  I’ll report back after the holiday, because if you don’t already know–we love a good bet and are both fiercely competitive in the friendliest way. What does that even mean? That means each lost gives way to a new opportunity for redemption — see what I mean about competitiveness?

Now your turn. Go buy some Chocolate and Peanut Butter Cheerios and make this. You won’t regret it. The cereal is great on it’s own. Ever since General Mills sent me a box to sample a few weeks ago, we’ve had to buy one box after another because we’ve been eating it for breakfast, maybe for dinner, definitely for snacks and now in dessert.