Remember these potato boats? Well, I’m back at it with zucchini boats. 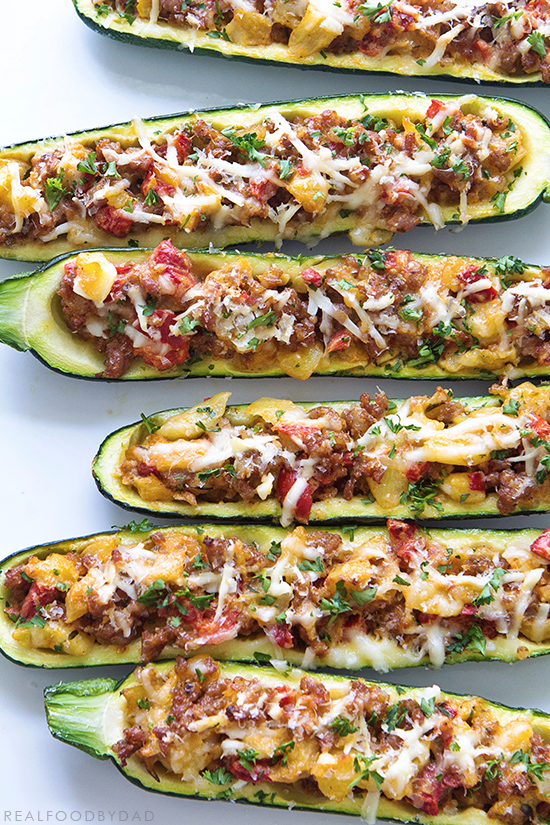 Admittedly, I’m the big carnivore in the house, the boys run somewhere in the middle and Naomi is far to the left with your lawn clippings and seeds (total term of endearment for her salad preferences). But these zucchini boats, they are a crowd pleaser all the way around.

Although I did see Naomi pick out some of the sausage. I guess that’s payback for when Cole and I pick at her food. That’s what happens when you have opposite food preferences. I’m not complaining, it works—more often than not we meet in the middle. 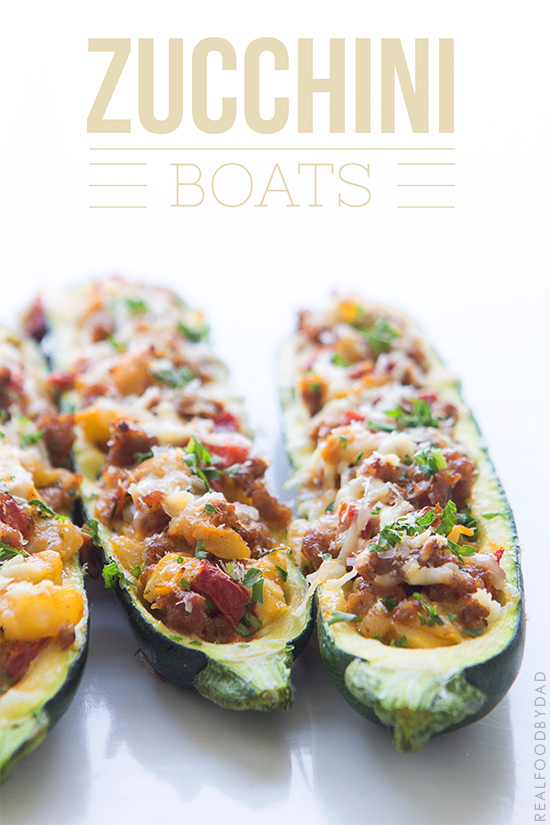 For these zucchini boats, they’re pretty versatile. I used sausage, but if that’s not your thing, try bacon or keep it vegetarian by filling it with hearty grains. As for the remaining filling, again, fill it with whatever you like. I used the flesh of the zucchini that was scraped out, roasted red bell peppers and I would have thrown in roasted corn, but Cole can’t stand those charred kernels—so simple does it. 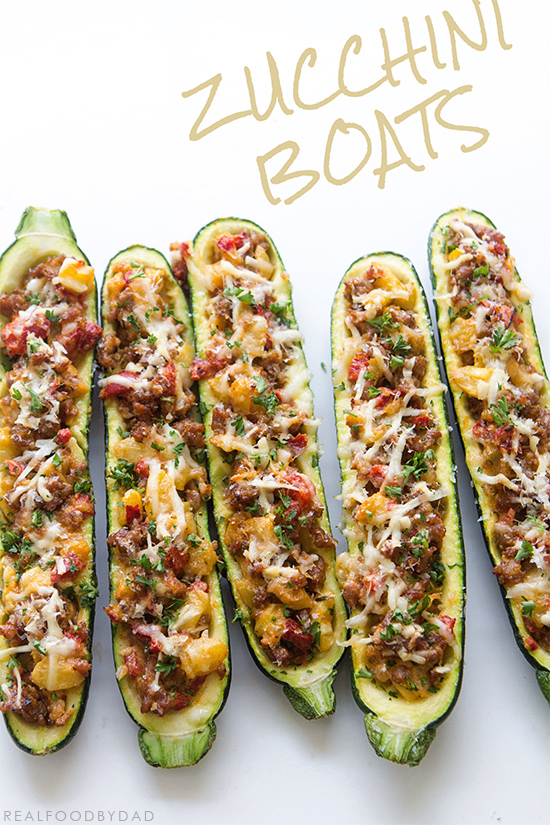 And if zucchini isn’t your thing, of course you can do bell peppers, but then that would be a stuffed bell pepper because who has ever heard of bell pepper boats? Or, alright, call it what you want – boats, stuffed “so-so”—it doesn’t matter. You get the idea. The stuffing and what you call it are just small details.