I’m back to my waffling ways with these Waffled Zucchini Fritters. A perfect topper to some grilled chicken, greens, and a poached egg. 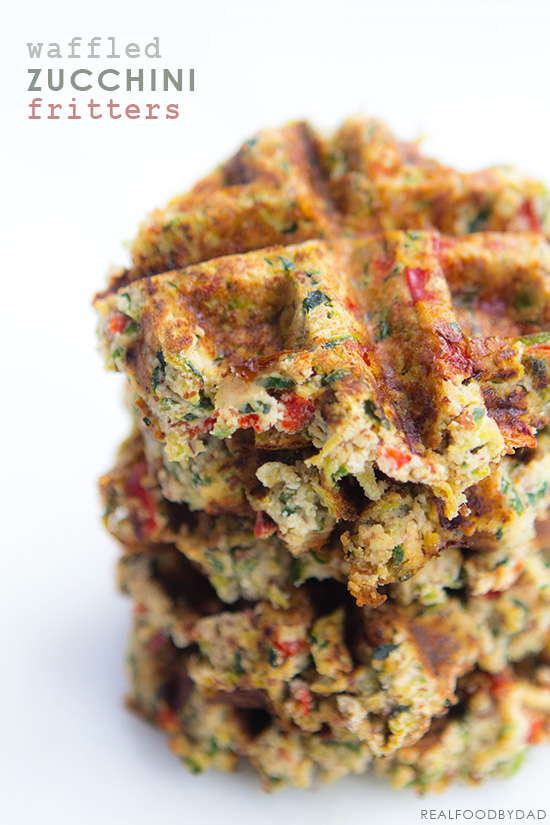 I’m not hardcore paleo by any means , nor do I plan to be, but it seems like everyone around me is going paleo and I’m hyper aware of it. So in keeping this paleo, I started out with the same egg-to-vegetable ratio that I used in my Potaffle (waffled potato pancakes) recipe, and then swapped out the flour for coconut flour. I should preface Naomi is a baker, and works a lot with coconut flour, so I had the added benefit of picking her brain. 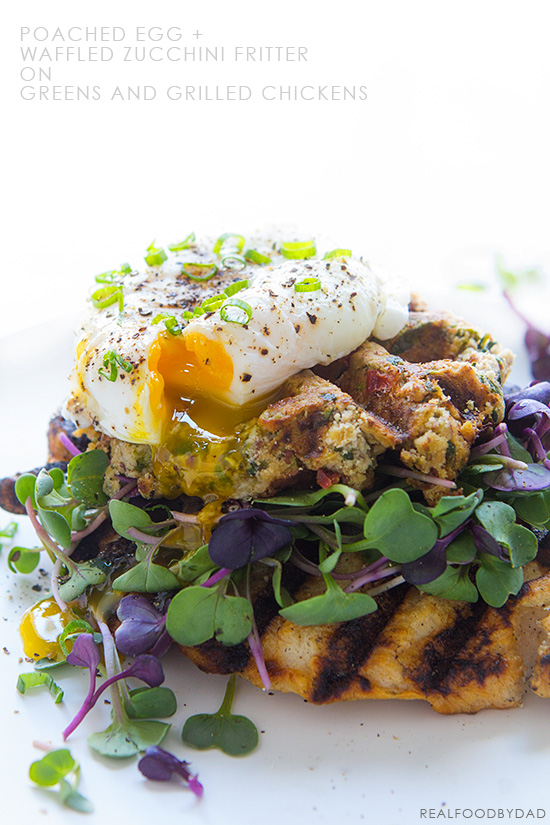 Here’s what I found out from what she told me and through some trial error of my own: (1) coconut flour sops up a lot of liquid, good thing when working with liquid heavy zucchini—so when you get to the part about squeezing the zucchini—don’t cramp your hands into paralysis. Here’s what you do, follow the recipe and if at the end of mixing you still see some liquid at the bottom of the bowl, just add coconut flour one teaspoon at time until there’s no more liquid. (2) Yes, coconut flour has a strong flavor, but not so much in this recipe that it’s noticeable, especially since I gave these zucchini fritters some Asian flavor with soy sauce, rice vinegar and ginger. (3) Lastly, if you don’t have coconut flour, just swap that out with an equal amount of all-purpose flour. 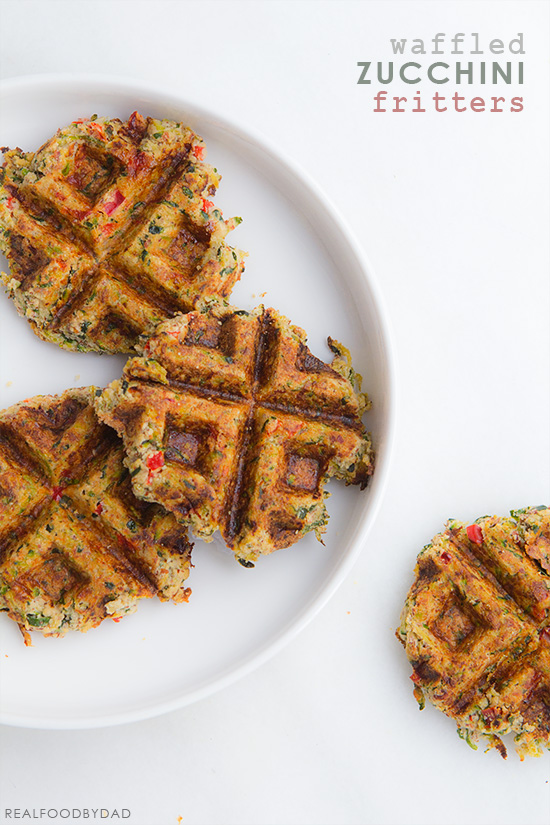 On an off-note, if you are wondering what those greens are, they’re micro radishes. Yup, that’s what I had left in the fridge. Not a bad choice, but if you don’t like radishes then avoid this, because they are like radishes on roids—super peppery.  Go for something milder like spinach or any other greens you prefer.

Now that you know everything there is to know about this zucchini fritters meal, let’s do this. And for more waffle inspiration, go here.