Yep, more eggs, more breakfast food. It’s a favorite meal around here and if it were completely up to me—it would be breakfast every meal and eggs just about every which way to go with it. 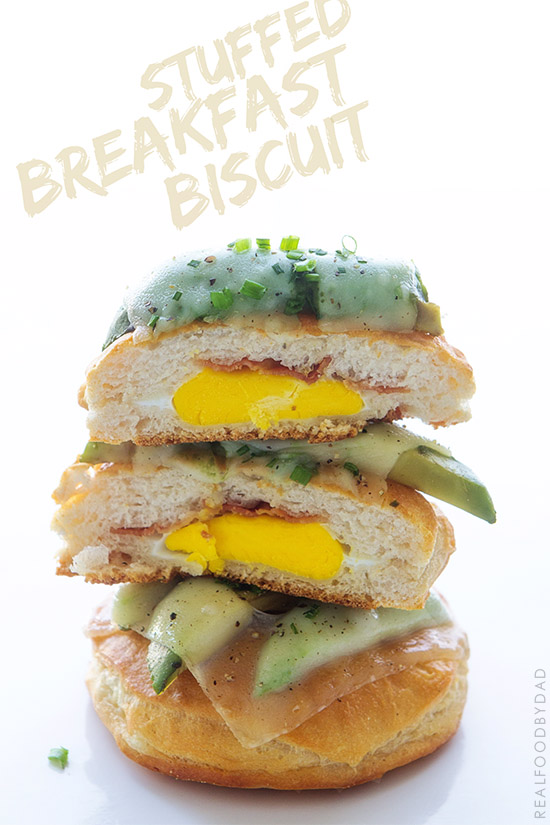 But alas my family won’t hear of it, especially Cole, who just recently expressed his egg fatigue. What?

Short of telling him he was fired from the family for blasphemy, I came up with this for some redirection. An egg stuffed biscuit with bacon and avocados and swiss cheese on top. 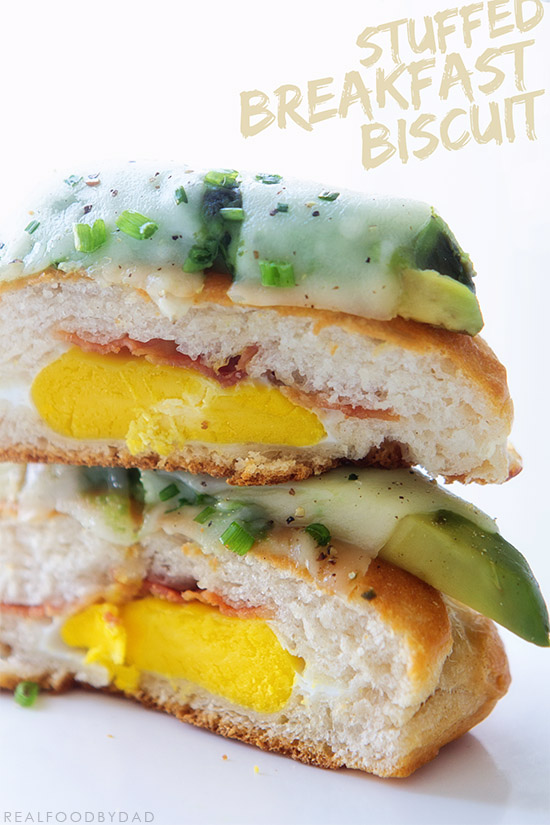 While I loved the whole ensemble, the little dude enjoyed everything but the bacon. Where did I go wrong there? Who doesn’t like bacon?

Yes, I almost literally asked him that in disbelief, “What do you mean?”

Blank stare. Yep, blank-ness. I let him pick it out. I guess I should be thankful he’s not a picky eater like me and my older boy. I will let the bacon slide, the egg – no way. Eggs are here to stay in this house and—yes, I’m that parent that’s going to push him through his so-called egg-fatigue stage. 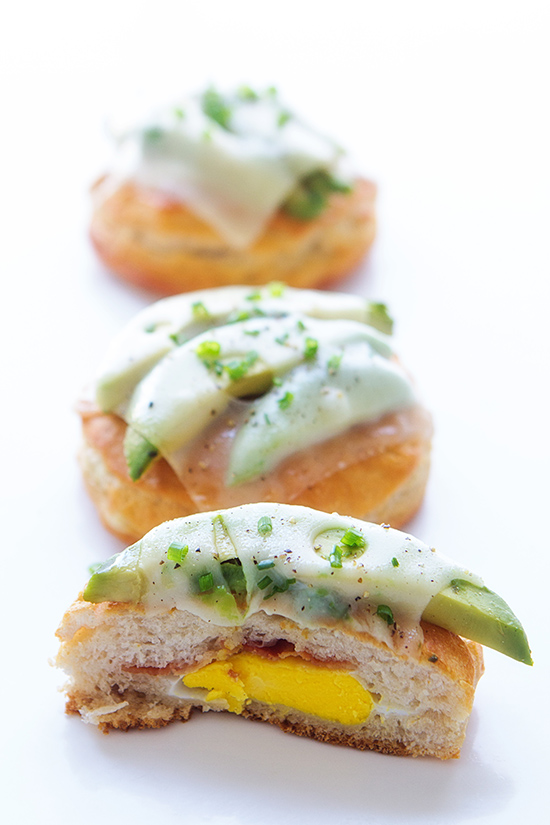 That said, do this. It’s a breakfast of champions. I can say that because after this breakfast, the little dude went on to have the basketball game of his career and scored 18 points and led the team in steals and rebounds. I’m so proud, can you tell?