It’s hard to believe we are more than halfway through 2014 already. Where has the first half gone?? Before you know it, we will all be in full holiday shopping mode, which we love. Slow down, Matt. I know, I know. I get like that though. I should say, “we” get like that. Anxious for special moments and memories. Naomi and I love being parents and enjoy making every moment special with and for our boys. And this weekend was no different. 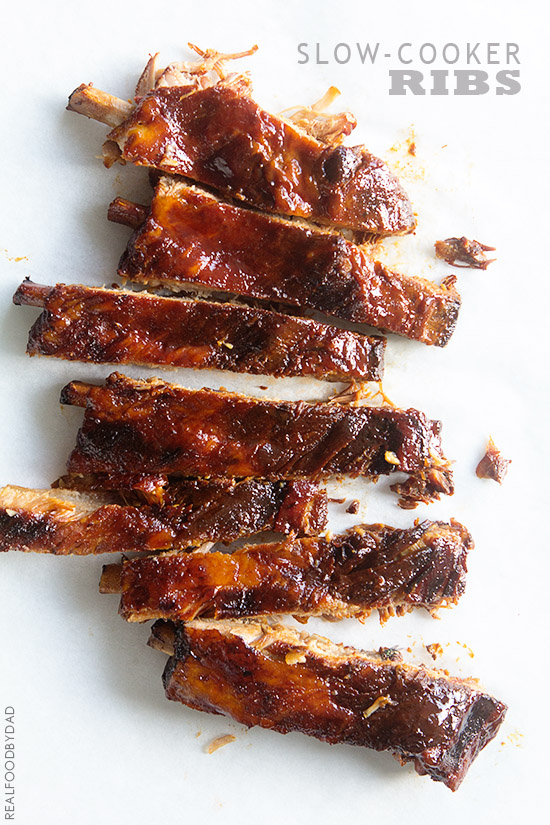 Two baseball tournaments for the boys, 25 miles apart, but thanks to our awesome friends (& neighbors), we made it work. While the tournaments haven’t been a big success so far, we make sure our boys play “in the moment” and look at the big picture. While we love to win, it’s not always about that. I am a coach, but I am first and foremost a dad, and it’s important for the boys to learn that life has its up and downs, lots of both in fact. It’s how they deal with both, especially adversity, that will build character and help them develop a good attitude. Which is what we always tell the boys – a good attitude will get you far in life. Am I right? 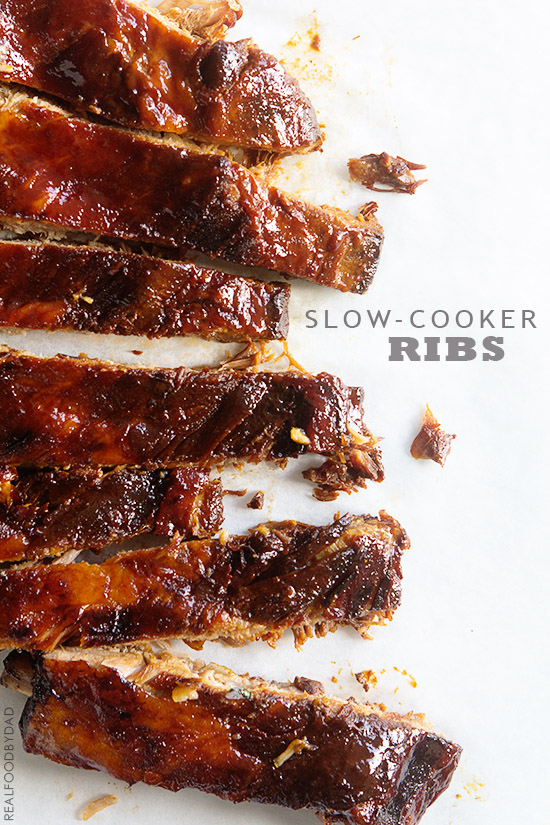 So knowing that we had no time whatsoever this weekend to spend in the kitchen, and having a serious craving for some good ol’ ribs, I ran to the store late last night and grabbed some ribs.

I threw them in the slow cooker this morning, along with an incredible sauce I put together, made of Kraft Original BBQ sauce, paprika, chili powder and brown sugar (an awesome combination).  And yeah, the losses were tough today, really tough, but walking into our home, seeing Naomi and our baby, and then being completely surrounded by the smell of ribs, my mood changed for the better in an instant. I pulled them out of the slow cooker and transferred them to the broiler and gave them one last brushing of sauce. This gave them a crisp, caramelized coating. 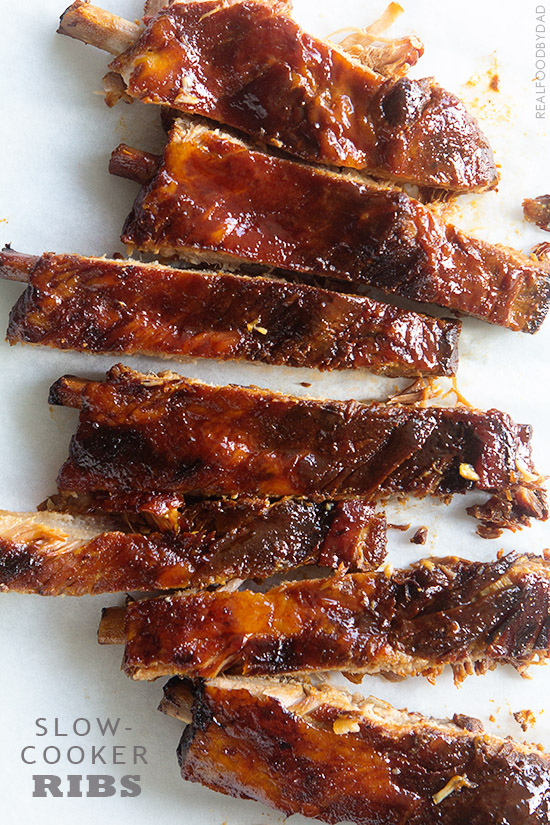 The 4 of us sat at the table and were blown away by these ribs! Cole is not a big fan of meat on the bone. No worries there, I had that covered. The meat from these ribs literally slid off the bone with the slightest touch and both of us could not stop devouring one after the next. Our fingers were covered in sauce, and it was hilarious watching Cole lick his clean. He’s such a neat freak and couldn’t believe we didn’t mind him doing that. It made it so fun for him!

And guess what? I actually found an hour over the weekend to actually clean my grill! So you can expect several grilling posts over the next couple of months. Count on that.