This is a sponsored post in collaboration with Capital One®.

If you are a regular reader around here, then you know game day food is a big deal on the blog and in my home. Naomi and I are fiercely competitive and after duking it out against each other in several episodes of our game day eats series, we found ourselves as judges at the Savor® Card Burger Battle this past Dec 30 for the Capital One Orange Bowl. 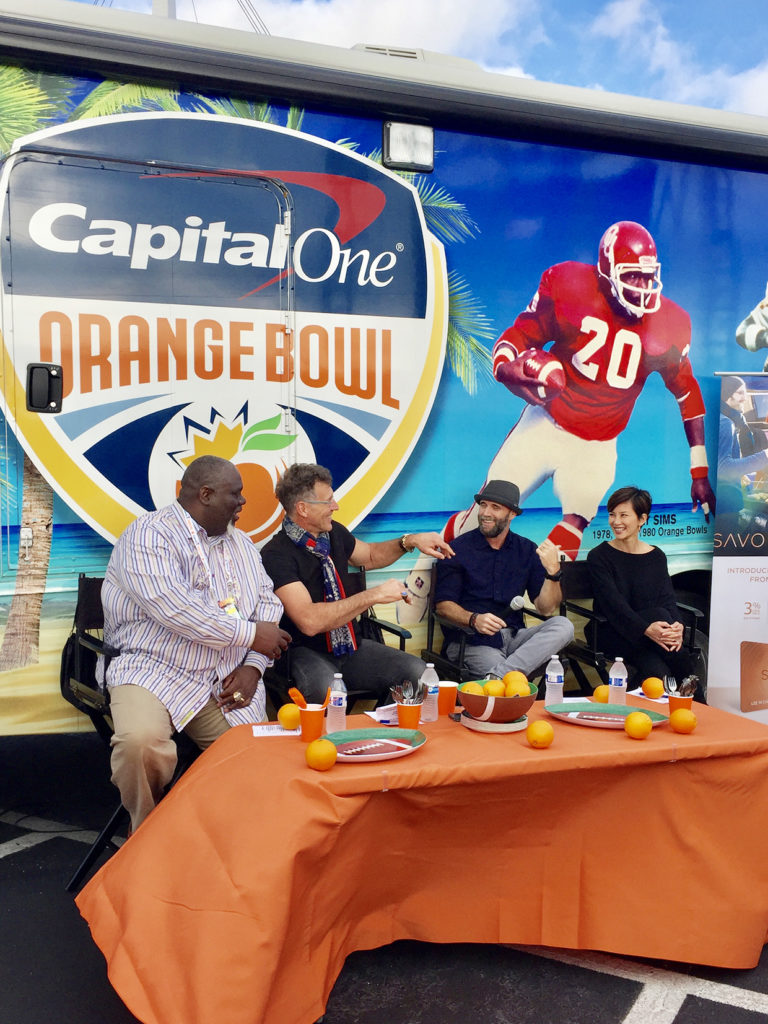 We joined two other judges, Russell Maryland and Tom Cousineau (both of which were this year’s Orange Bowl Hall of Fame inductees) to choose who would take the title and trophy as the Savor Card Burger Battle champion.

Not surprisingly we had an amazing time interviewing the competing chefs: Chef Michael Mayta, The Nitty Gritty’s Chef Michael Leto and Chef Michael Gust and Pincho Factory’s Nedal Ahmad and Adrian Sanchez for some of their best tips, tricks and strategies for taking tailgating from good to great. 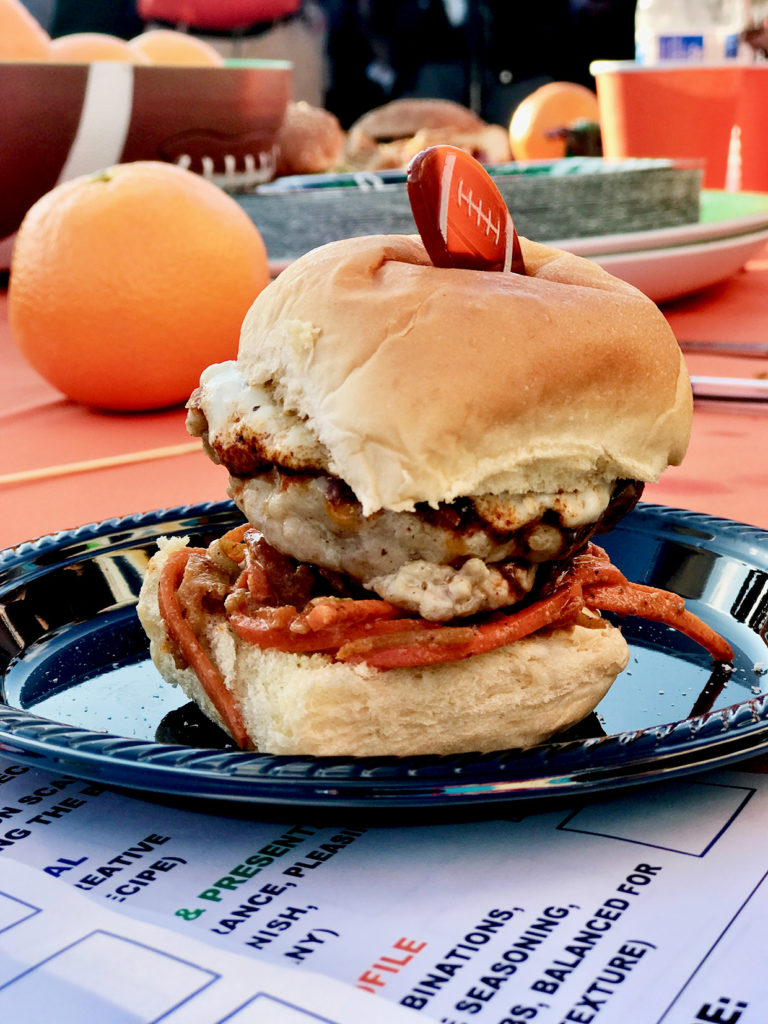 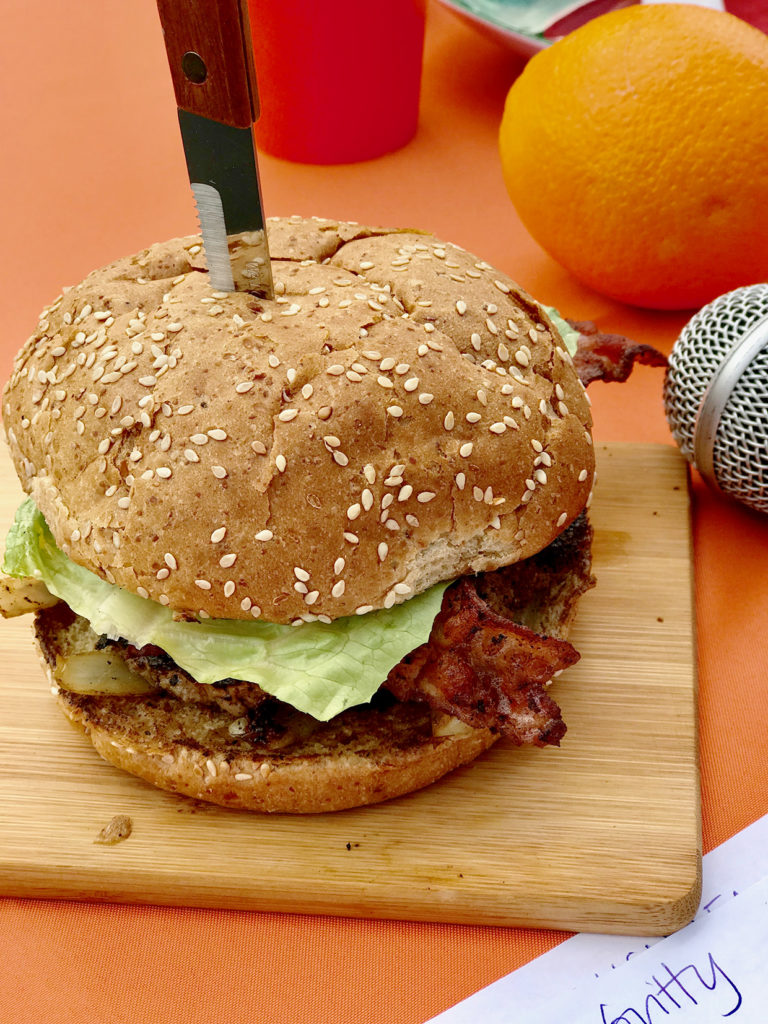 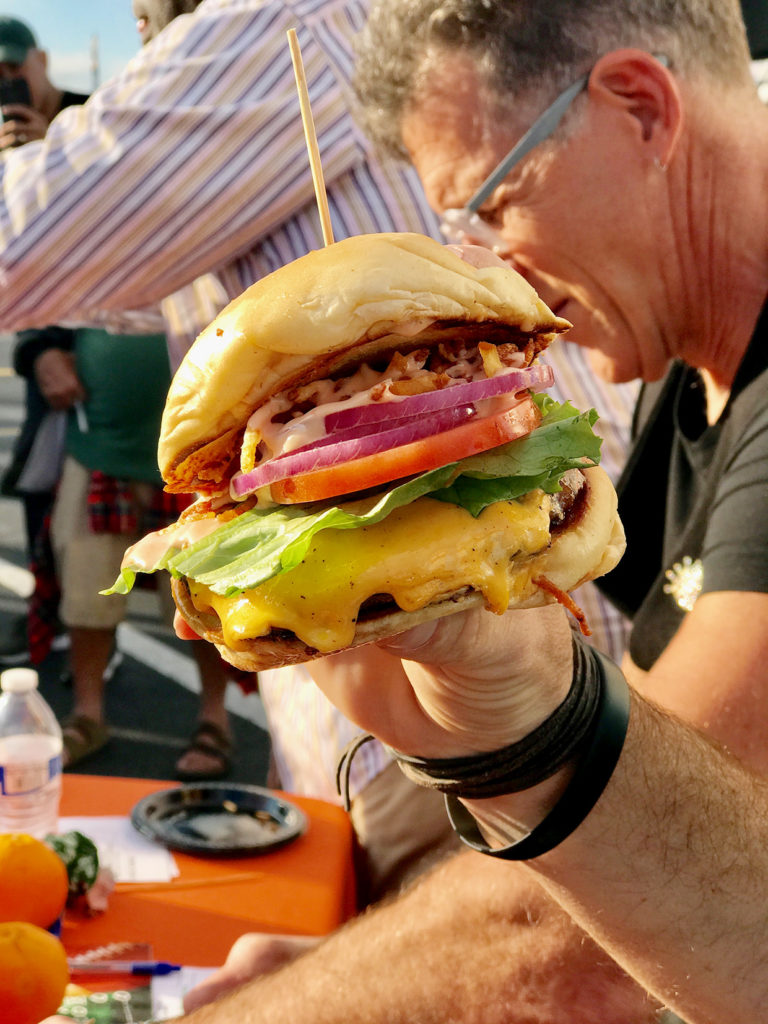 From interviewing to eating, I along with the other judges, awarded Pincho Factory the winner. They also took home the Foodie Favorite award. All the burgers were great, but their simple and unassuming assembly won over the judges.

For me everything was in balance as a good burger should be. The patty had a good crust while maintaining a tender inside. The bread did not skimp. The toasted brioche was the right touch. I’m a big believer that no matter how good the patty is or how lick-able the sauce might be, the bread makes or breaks a burger. A bad bun, is pretty much akin to pairing cheap shoes to a well-polished suit. The condiments were simple, nothing fancy, but the hash browns were definitely the unsung hero. 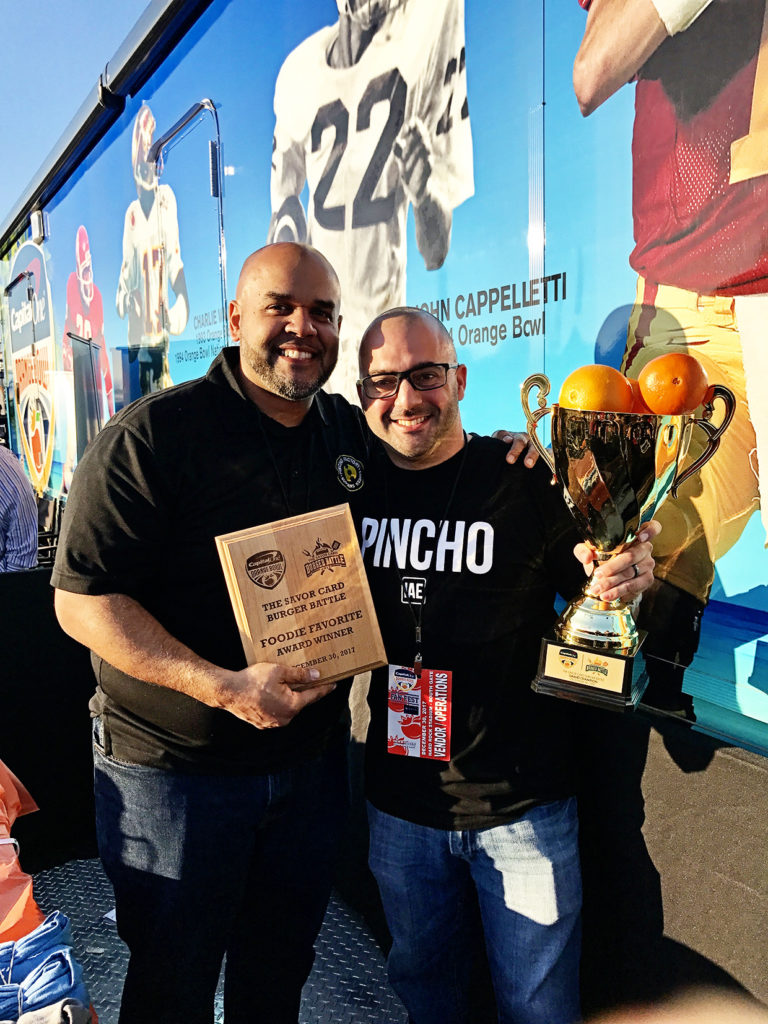 According to Ahmad, it’s in there to reduce the “metallic” taste that meat gives off. I’m no super taster, so the metallic taste totally eludes me, but what it does do is give the burger added crunch and texture that elevated everything, much like how the Savor card elevates cash rewards for foodies. It’s the card that scores big when it comes to dining out and grocery purchases, by offering unlimited 3% cash back on dining, 2% back on groceries and 1% on all other purchases. The Capital One Savor card rewards customers for doing what they love – eating, dining, gathering and making memories.

You can learn more about the Savor card here . . . and psst, rumor has it Pincho Factory is expanding in 2018, so keep your eyes open and get your Savor card ready.