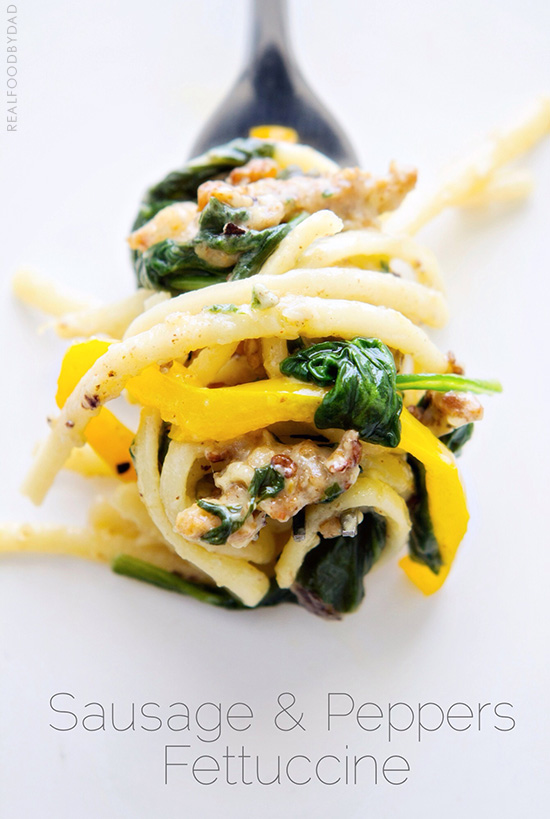 But Cole loves spinach, and since I don’t mind it—in it went. Yes, you can skip the spinach, but why would you when you can easily get your greens in with this creamy dish?

With baseball back in season, fast and easy meals are even more important, and even more so since our baby is getting older and requiring more attention. There’s no way I have hours to spend in the kitchen. Nope, between the boys, baseball and the blog, I don’t have much time to be in the kitchen longer than 30-40 minutes. 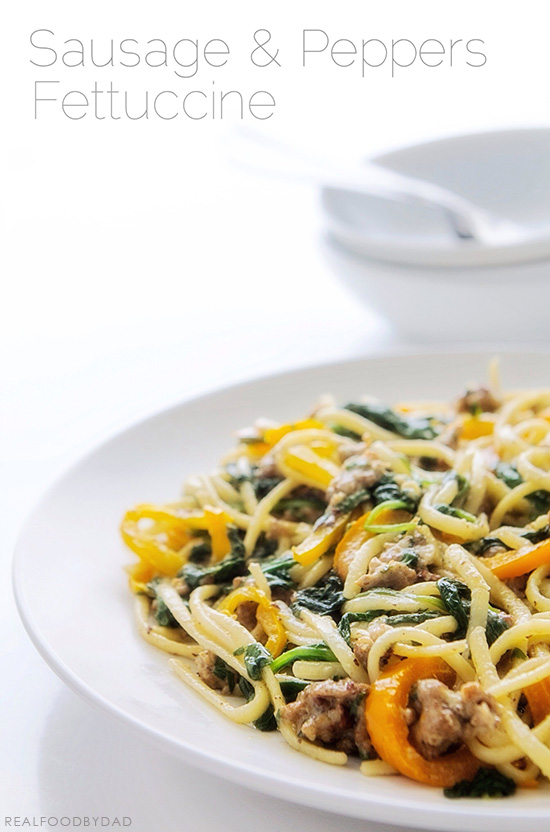 Lucky for me (and you), this dish comes together in less than 3o minutes. It’s pretty easy, and easy is a must around here—remember when I mentioned the baby getting older above. Well, cooking with one arm, while holding a wiggly baby in another, is getting more and more challenging. 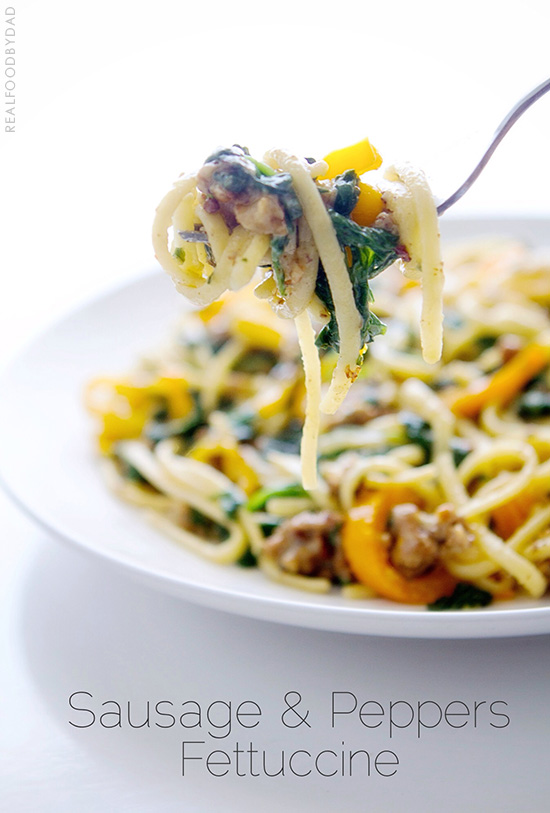 Which means you can expect a lot more fast and easy recipes like this. For this sausage and pepper version, I kept it more mellow by skipping the the green bell peppers. But feel free to punch up the flavor by throwing some green and red peppers alongside the yellow and orange ones. And if you are a regular reader, you know my aversion to onions. Although I cooked the sausage with onions, but then threw them out after they softened and their flavor was fully extracted (it’s a texture thing). If you have an aversion to them like I do, don’t dice the onions, just leave them in large slices. Now for the fat, you can skip the heavy cream for low-fat sour cream, but I prefer the full fat flavor.

And finally, as always, the leftovers of this—breakfast with a fried egg on top—it’s good, really good! 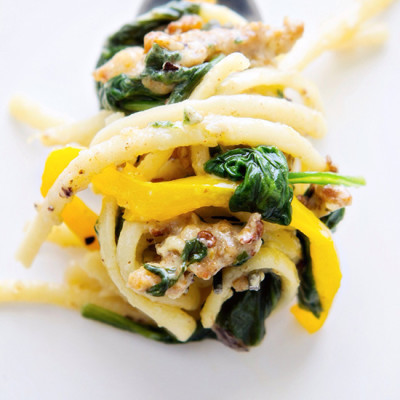 I should clarify, that's Sausage and Peppers Fettuccine with some spinach. I know the traditional sausage and peppers is just …

84 comments to " Sausage and Peppers Fettuccine "