Give me an hour and I’ll give you what will be your favorite dinner of the week. This “pizza chicken” has all the big pizza flavors you are use to—melty mozzarella, sweet tomatoes, then take that and add some browned chicken to it. 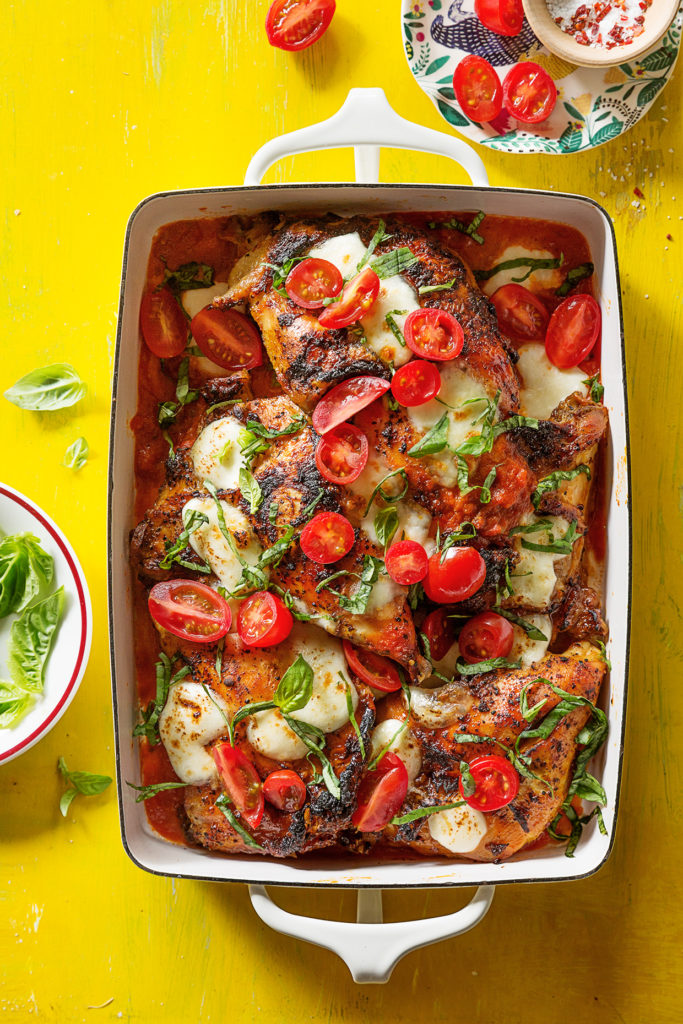 Sure there’s a little more work involved, but chalk that up to well-worth-it flavor building. And if there’s anyone I’m going to freely give up an hour of time to, it’s Melissa Clark. She is one of my and Naomi’s favorite cookbook authors. This Pizza Chicken recipe is from her Dinner cookbook. 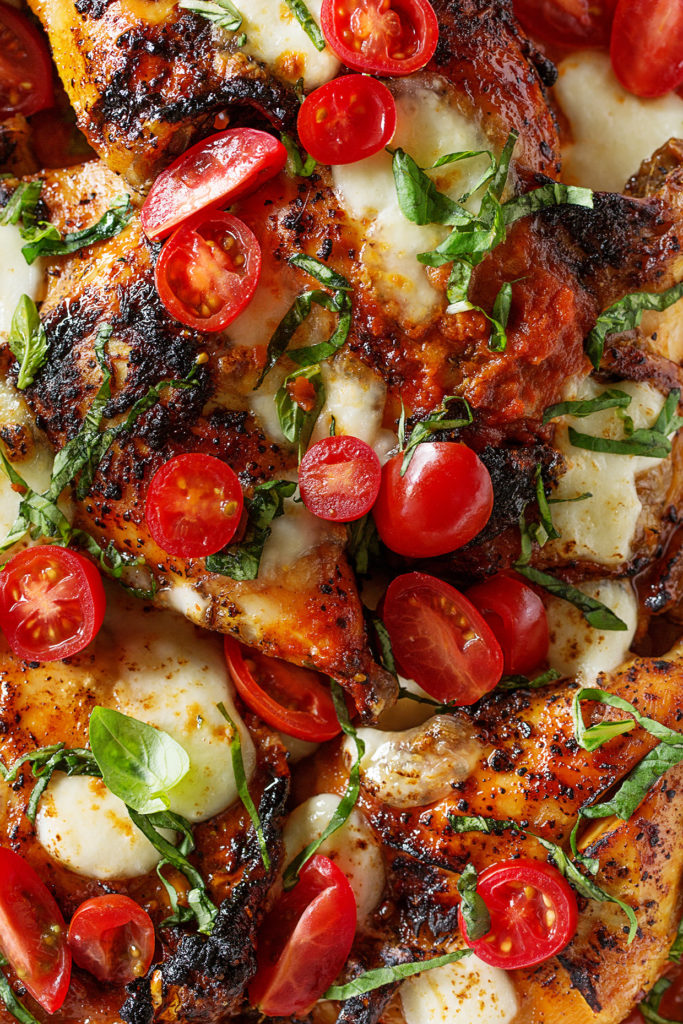 It’s also my most dog-eared cookbook as of late. All the recipes are doable and without any pretension. For this recipe I stayed pretty true to it, with just a few changes: (1) I used all bone-in breast instead of thighs, because of this I added the browned chicken to a casserole pan so it wouldn’t get crowded in my 10-inch pan while it was roasting in the oven and (2) I added an extra cup of diced tomatoes because my kids like all that stew-y tomato sauce. 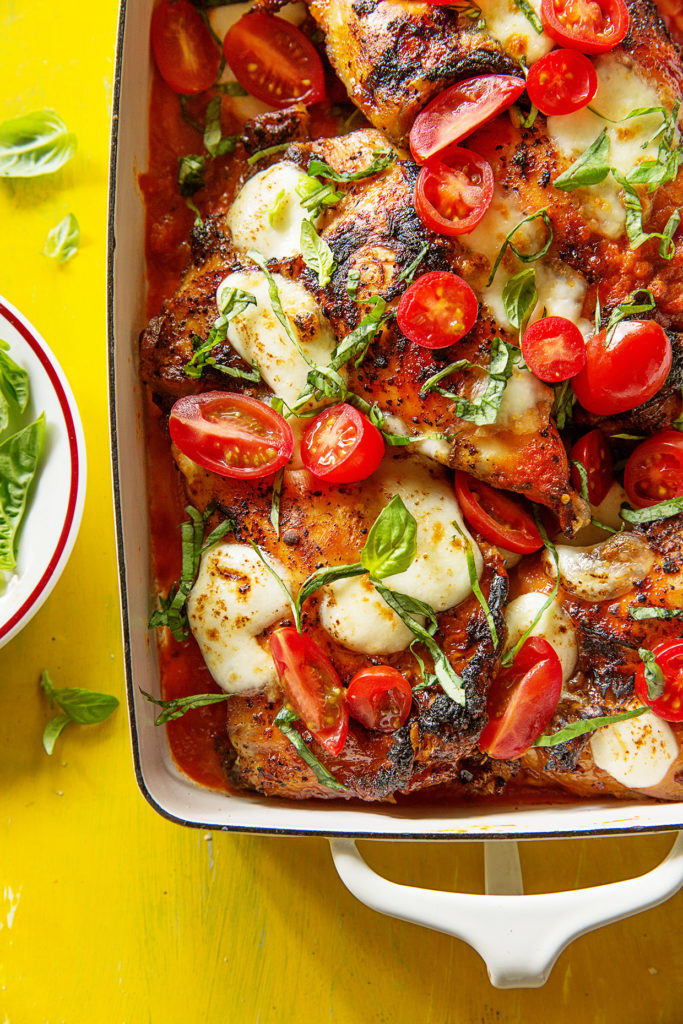 And because I called this Pizza Chicken, my kids wanted to know where the carbs were –not seen in the photographs–the kid’s buttered slice of white bread. Melissa Clark suggests a leafy green salad to accompany this meal. I made one and the only person that had it was Naomi. I joined the boys with bread because it’s much better at mopping up all the saucy goodness.