If I could eat nachos for dinner, I would. But the kids would probably do the same and then what would you guys think of me? 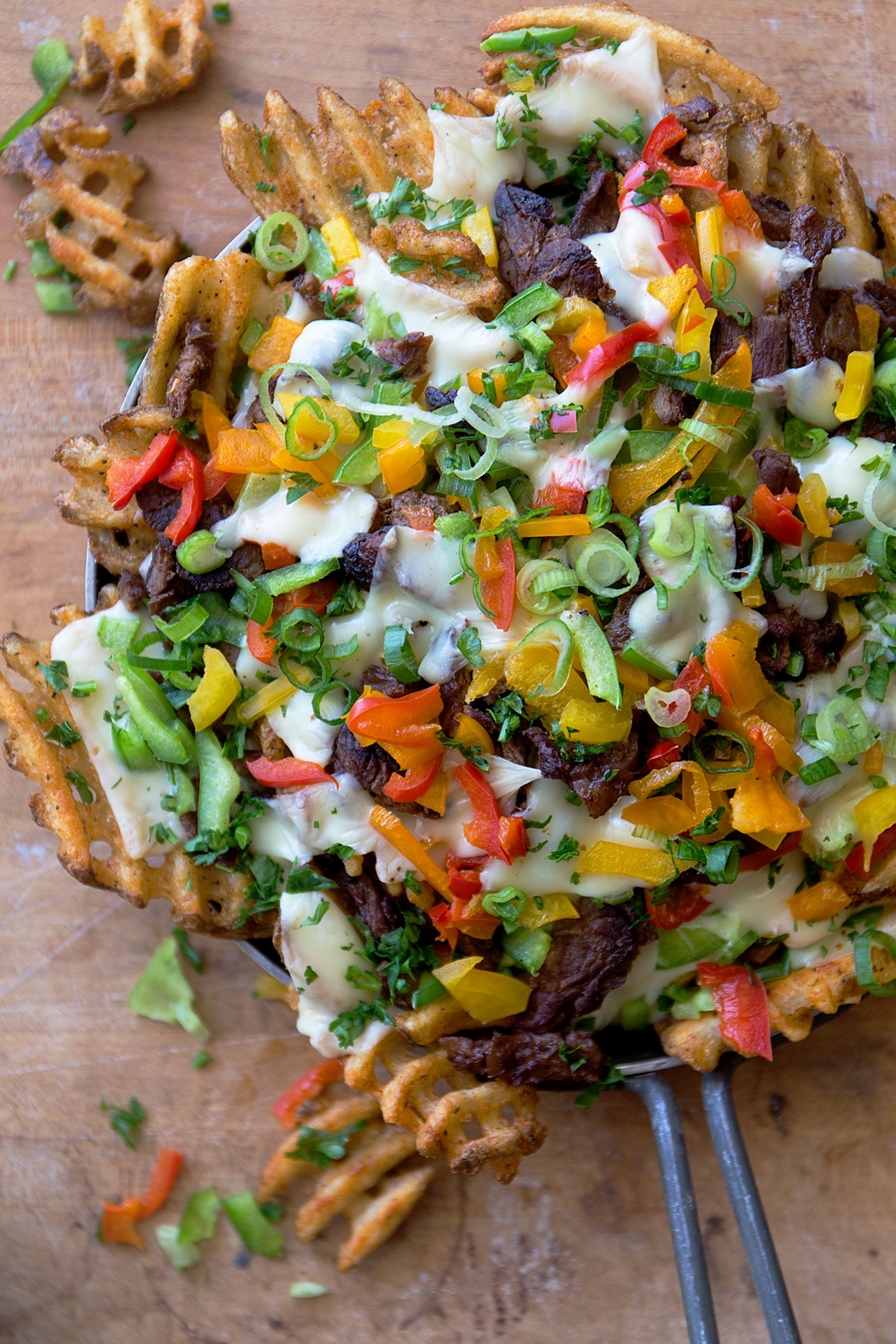 To keep everyone balanced, we do nachos like this for an afternoon snack. But on the occasions I can talk Naomi into this for dinner, we have the kids eat a big bowl of fruit or salad to go with them. 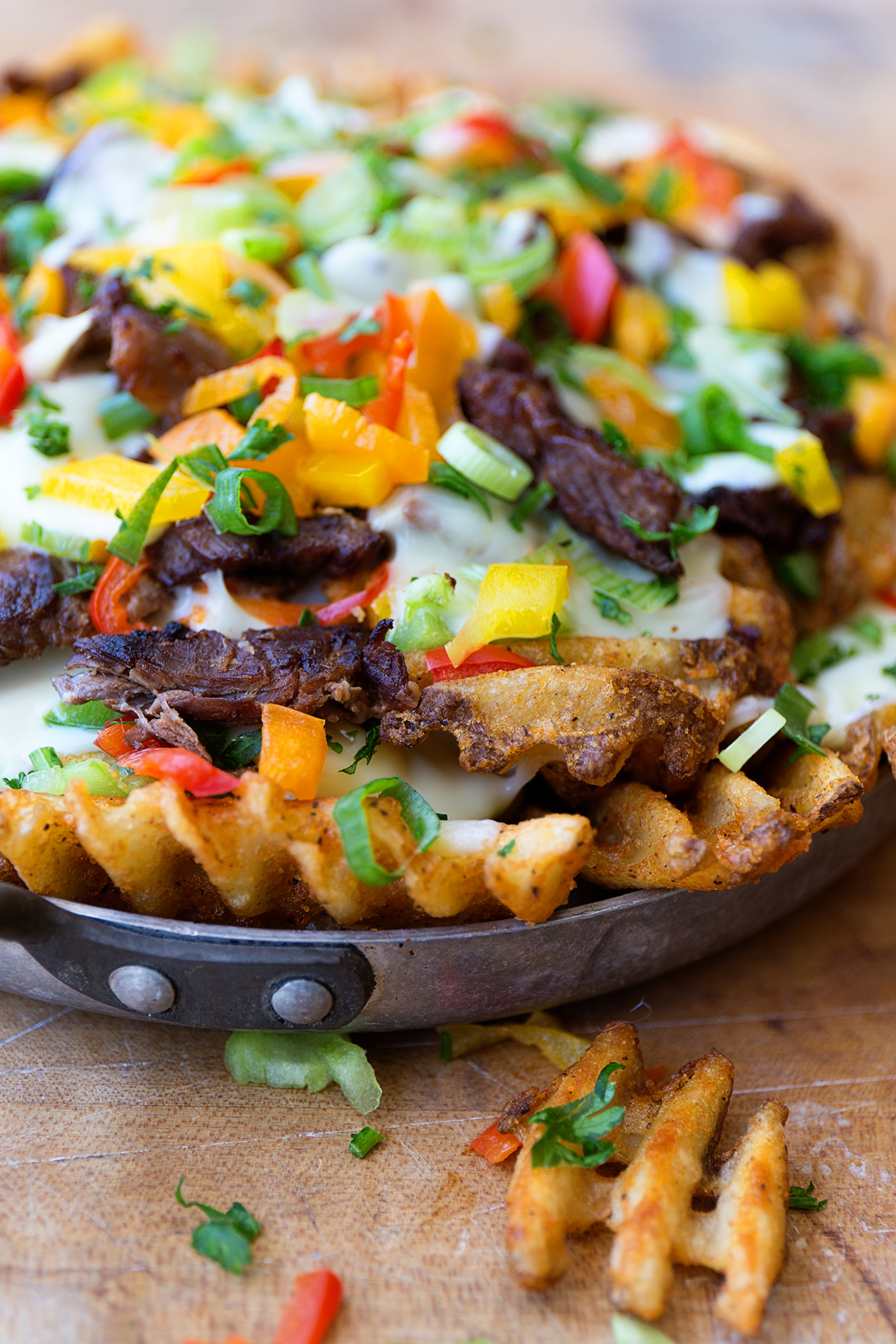 For ease of preparation, I used Alexia waffle cut fries—way easier than washing, peeling and baking my own potatoes. For the cheese I used American, but Provolone would be just as good too. The recipe is highly adaptable so you make it any way you want it.