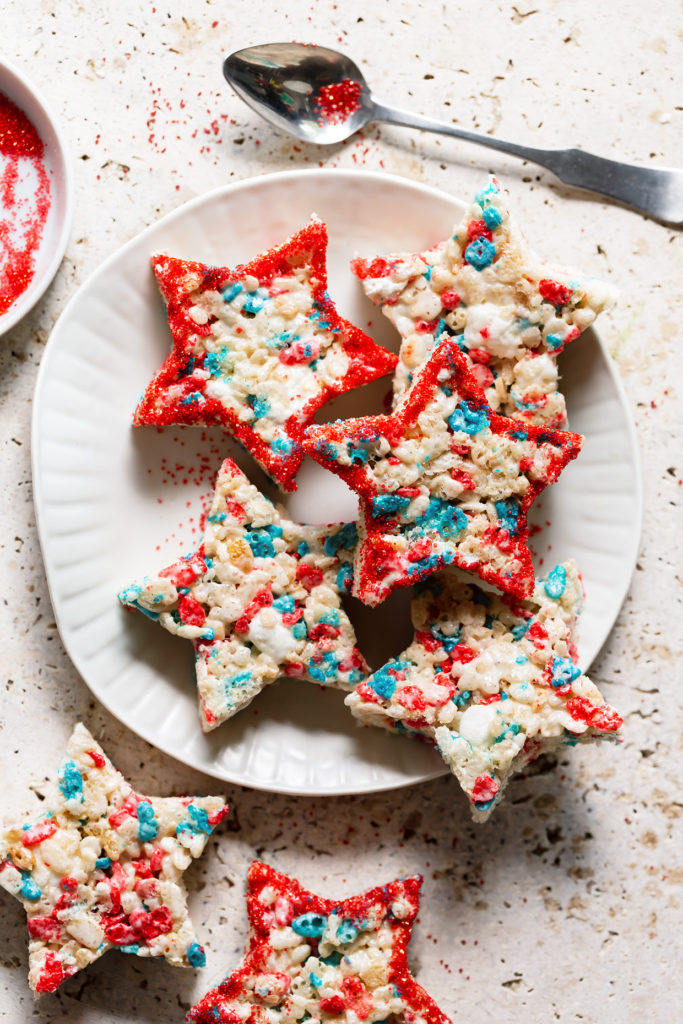 How fun are these? I’m a big fan of easy, no-fuss desserts like these Rice Krispie stars. They take minutes to throw together, and if you have kids, you can pass it off to them to finish. That is unless you have kids like mine and miscalculate that multiple star cookie cutters are enough.

“Cole, can I use the big one?” Of course he’s not really asking as much as he is demanding it, made worse by the fact that he is relentlessly pulling on the inside of his older brother’s elbow while he’s in the middle of stamping out a star. “Connor you ruined my star. I’ll give it to you when I’m done.”  Naturally being twice his size and with pre-teen testosterone creeping in, he easily reclaims his elbow with one quick jerk while not realizing he nearly knocked his brother to the ground while doing so.

I stay out of it most times, because it’s better that they learn to work it out–at least that’s what I tell myself, but really who listens to their own advice? “Connor it’s not your turn.” I turn to his brother, “Cole do one more and then pass it to Connor.”

But I can see by the toddler’s twitching eyes, the situation is moving in the wrong direction. “But he always gets to do everything first.” The twitch is now spilling out tears.

“I do not. Daaad. Connor is such a bully.”  This gets me every time—the smallest nugget in the family, the one who still has me wipe away his tears, is being reported as a bully by the one who’s been trying to convince me that he’s old enough to attend rap concerts without a parental assist. 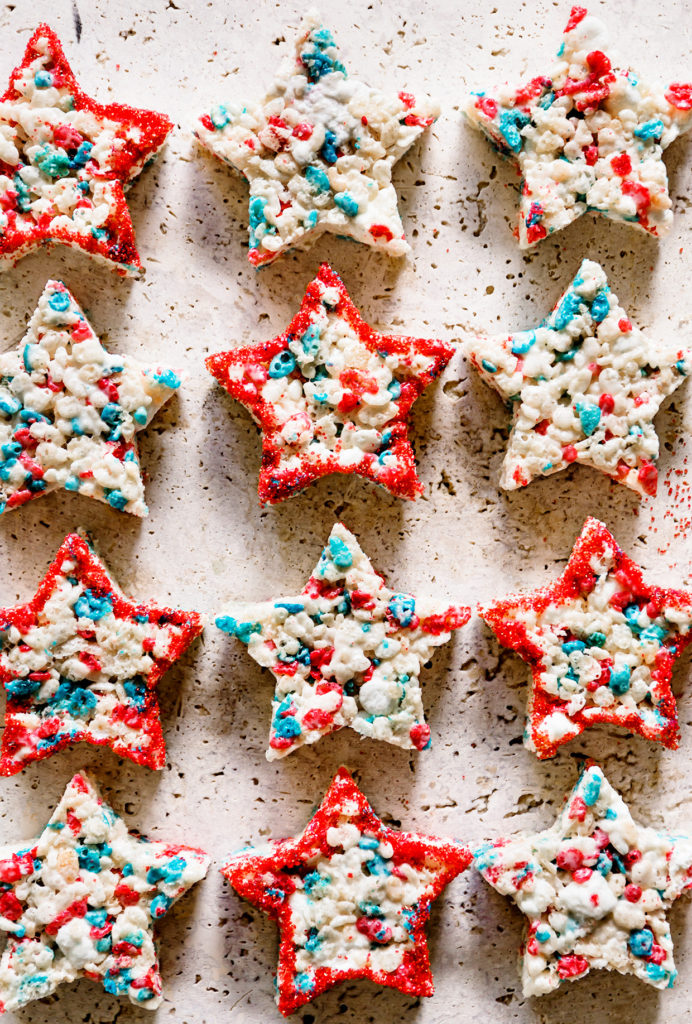 All this over who gets to use the biggest star in the cookie cutter set first. There is no calming either them. It now sounds like I’ve turned up the volume on a backwards playing album — so many tears and protests.

I reach in and remove all the stars from their hands and send them out of kitchen and into the living room to watch Once Upon a Deadpool.  But not before they ask for parting samples since they helped. “No, you can’t have one yet. Not until they get photographed. Grab some of the cut-out scraps.”

By the look on their faces, it’s like I asked them to drink to toilet water. I knowingly turn my back as they each leave with one in hand.  Naomi will tell you I’m a pushover. I like to think of myself as a peace maker.