This is a sponsored post in collaboration with Capital One. All thoughts, opinions and ideas are my own.

Every year, Naomi and I go crazy during the holidays—from food to entertainment we try to do it all. This year, to start things off alongside our annual holiday kickoff dinner, we decided to do a Duffy Boat around the Newport Harbor because our little guy Connor had yet to experience it. 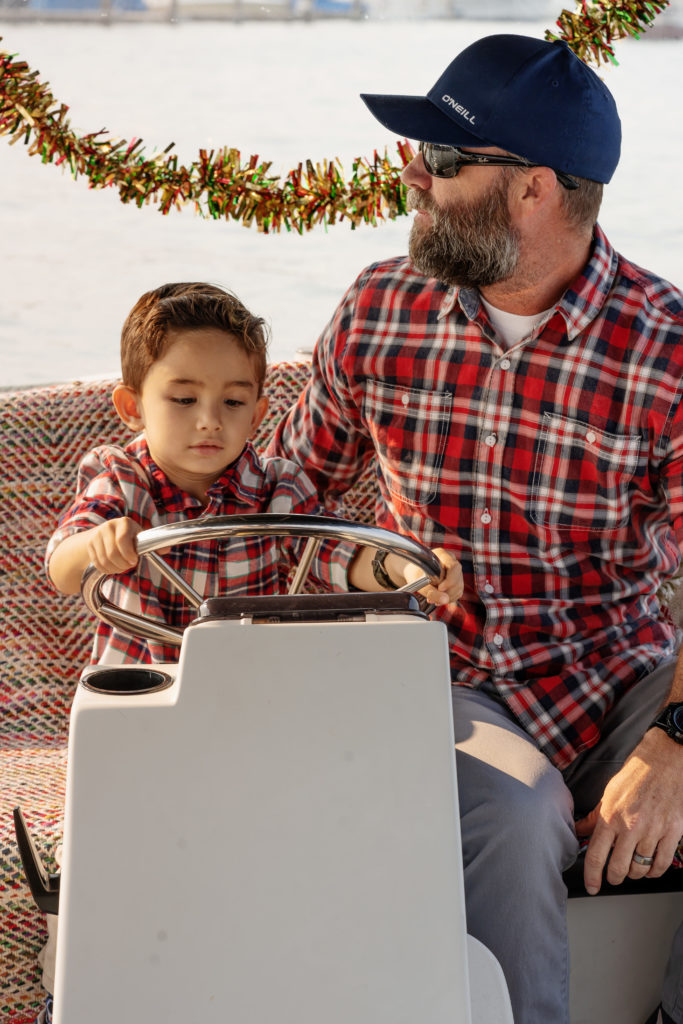 Of course he was overjoyed that we were going out on a boat. And then just as disappointed when he found it wasn’t a speed boat, but after letting him take the wheel for a little bit, he mellowed out. Nothing like handing control over to a toddler for a few minutes to keep a full-blown tantrum at bay. It took him all of three minutes after that to find his goofy side—of course, not without a little instigation from me—bring on all the holiday cheer! 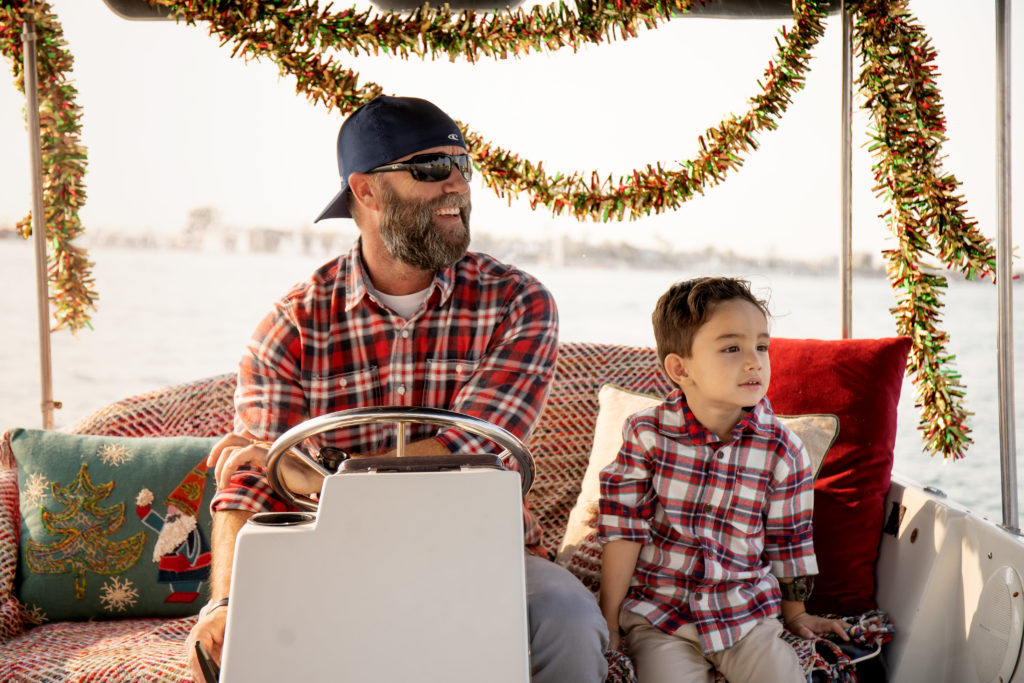 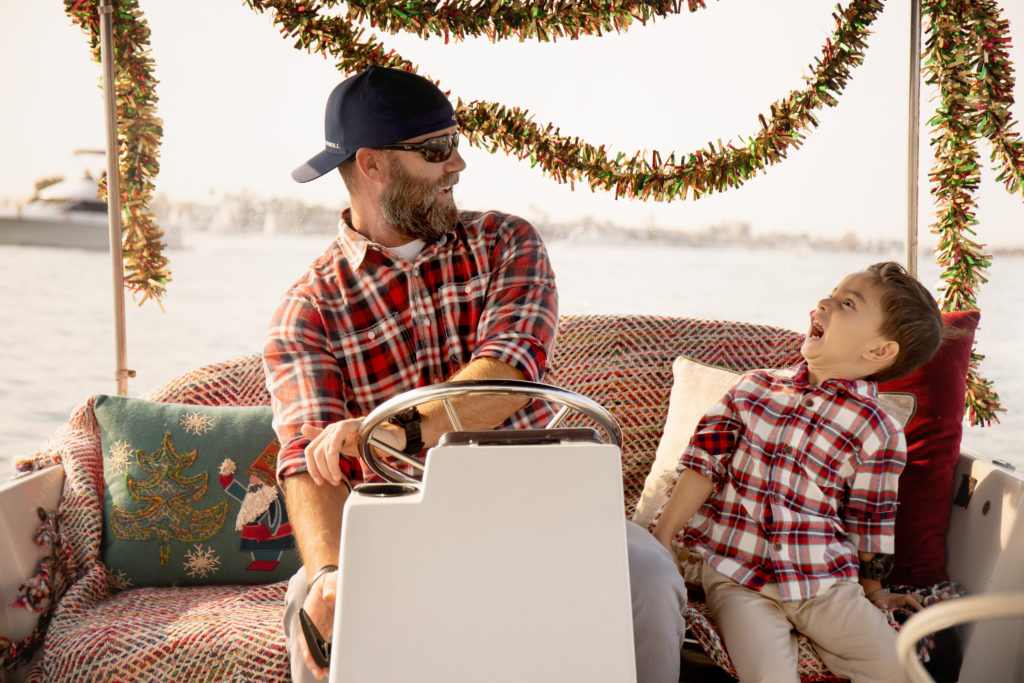 What’s holiday cheer without some holiday savings, right? I’m talking about my favorite card to use to get cash back. This holiday season (okay, pretty much any season and any day), we use our Capital One Savor Card for entertaining and dining out on days like this—HELLO, THIS IS THE CARD TO HAVE! This card rewards you 4% cash back on entertainment and dining out, 2% at grocery stores and 1% on all other purchases. It’s our card of choice for going out and dining out. 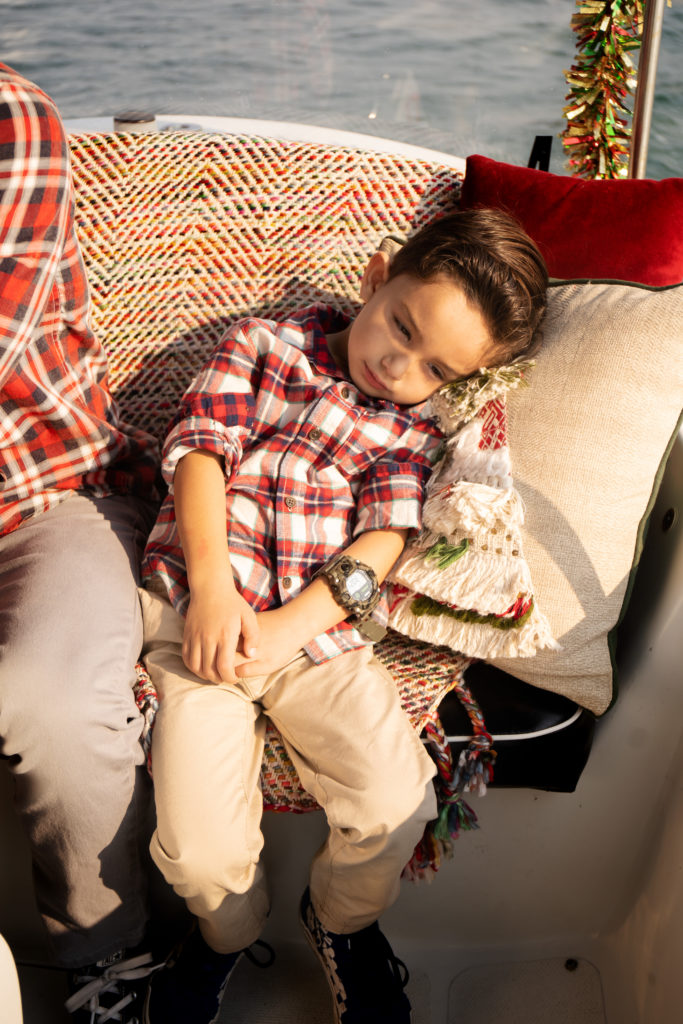 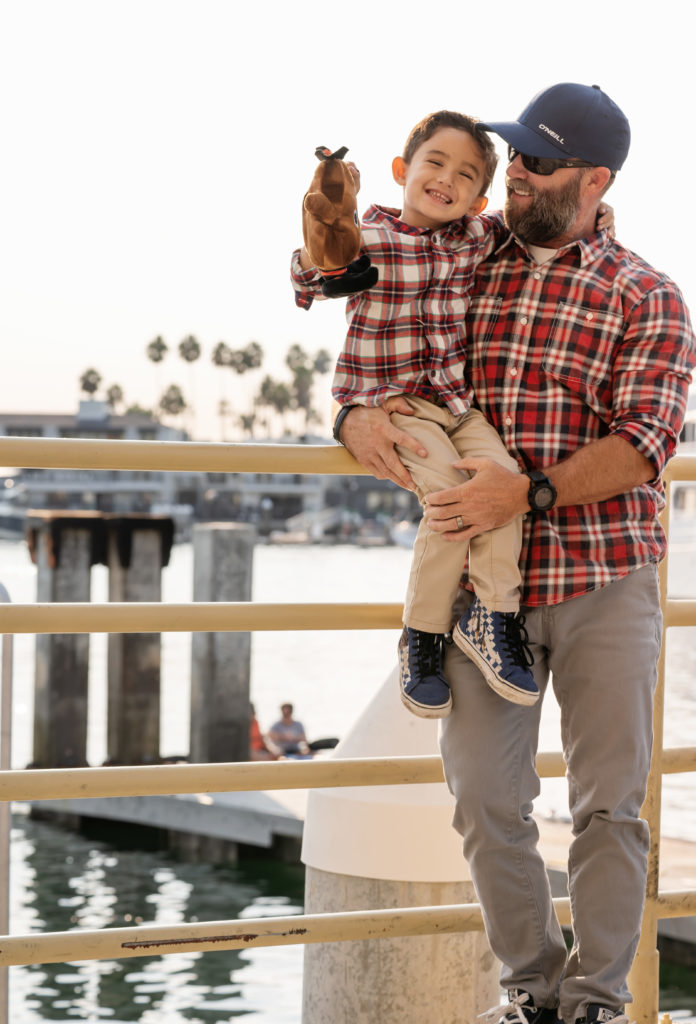 Speaking of dining out, tradition has it that after the entertaining aspect of the holiday kickoff, there’s a fine-dining dinner. We hit Broadway in Laguna because it’s been on our list forever. The kids didn’t love it as much as Naomi and I did, but she and Cole ordered the branzino and a cheese plate on the side—I know, odd combo, but the two of them are perfect at dinner together. They always order weird combos and are the first to be adventurous. Broadway also does whole fish dishes—tails attached (and sometime heads attached as well). That’s not really for me, but I did take a taste and the cauliflower puree and truffle jus was the best part. 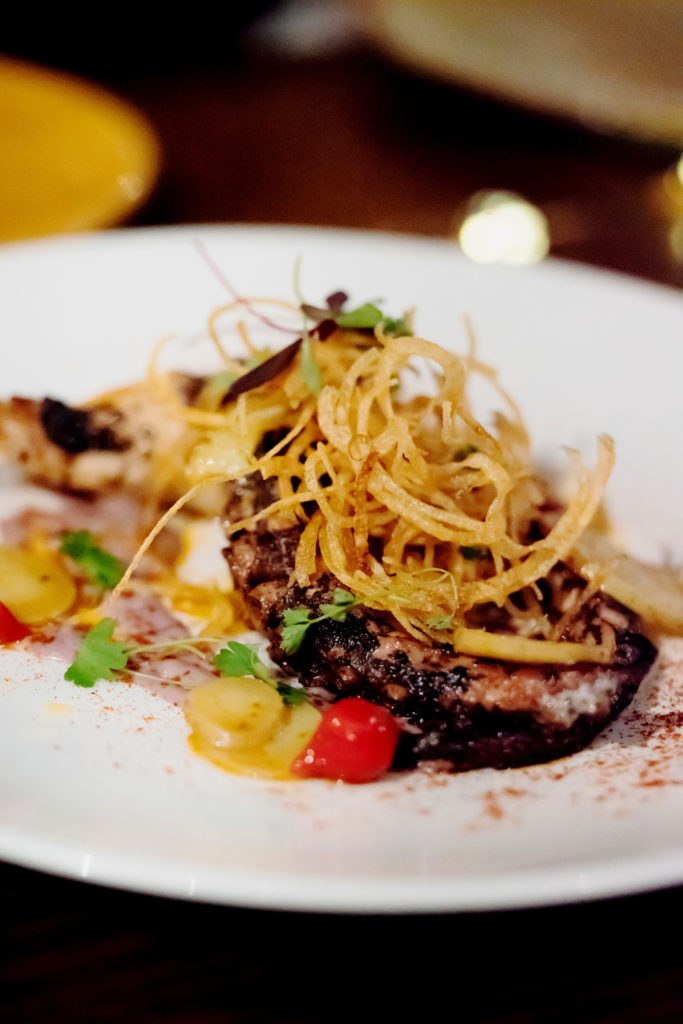 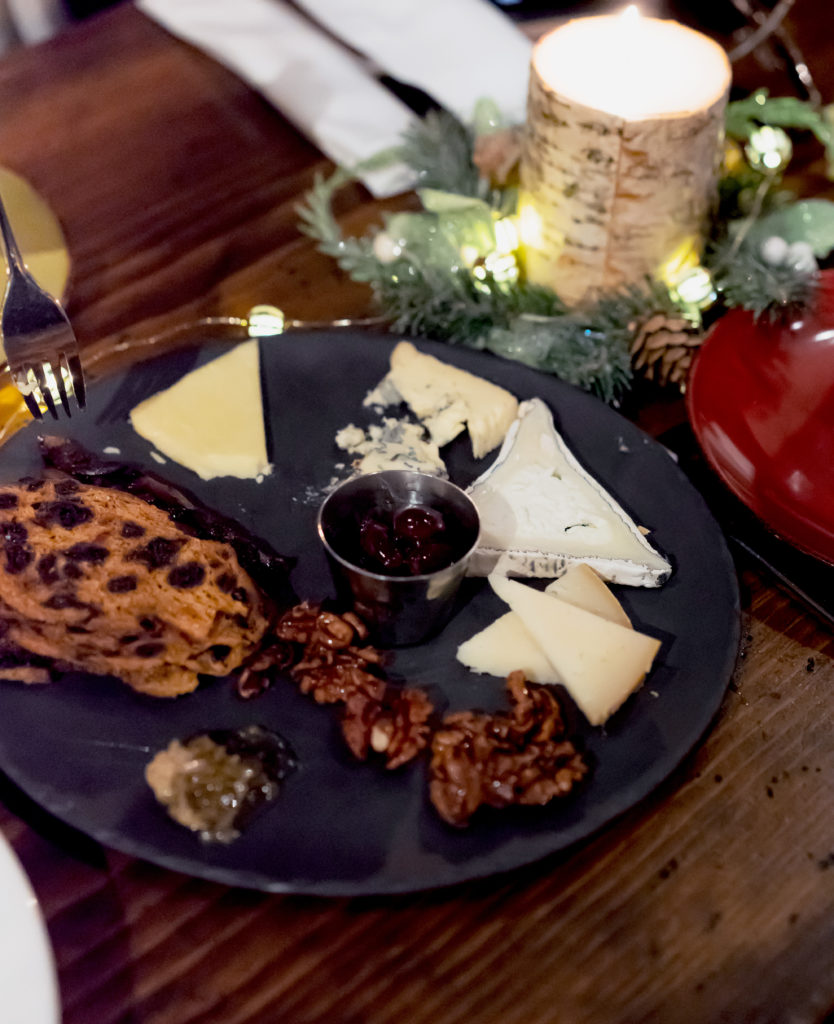 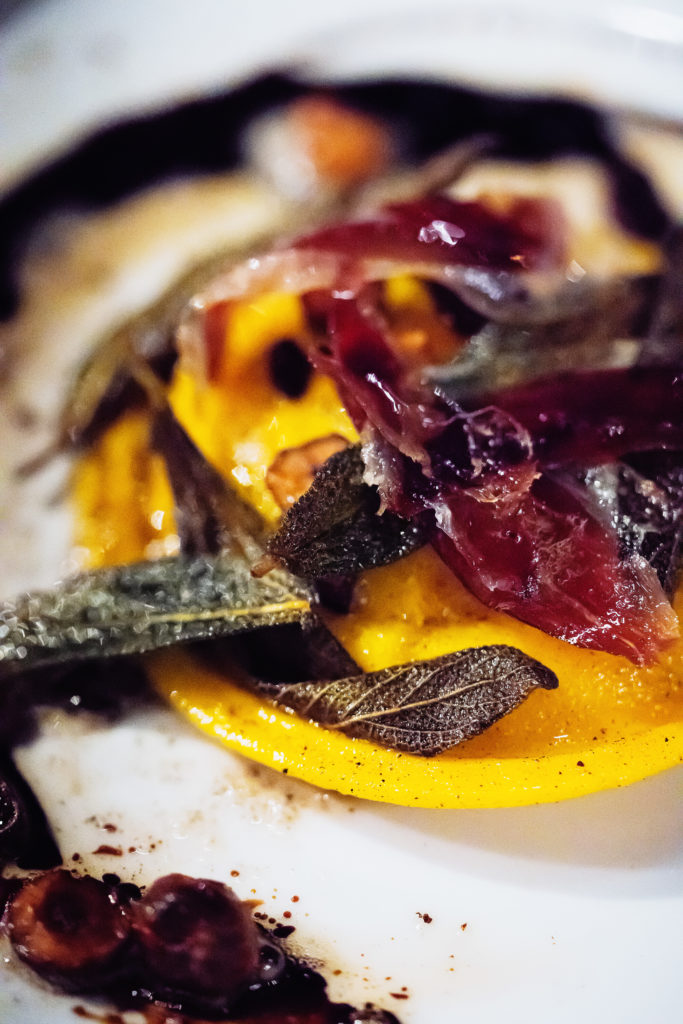 The little guy started by just picking off of everyone’s meal. I tried to get him to have some octopus with the olive yogurt sauce – which was amazing – but he declined, saying it was a character from one of his favorite shows. Eventually we found him something he settled on, the runny egg yolk filled raviolio with duck prosciutto—something we all dug into it, so we ended up having to order him a second one.

As for me, I went with the skirt steak with shisito peppers and fingerling potatoes. 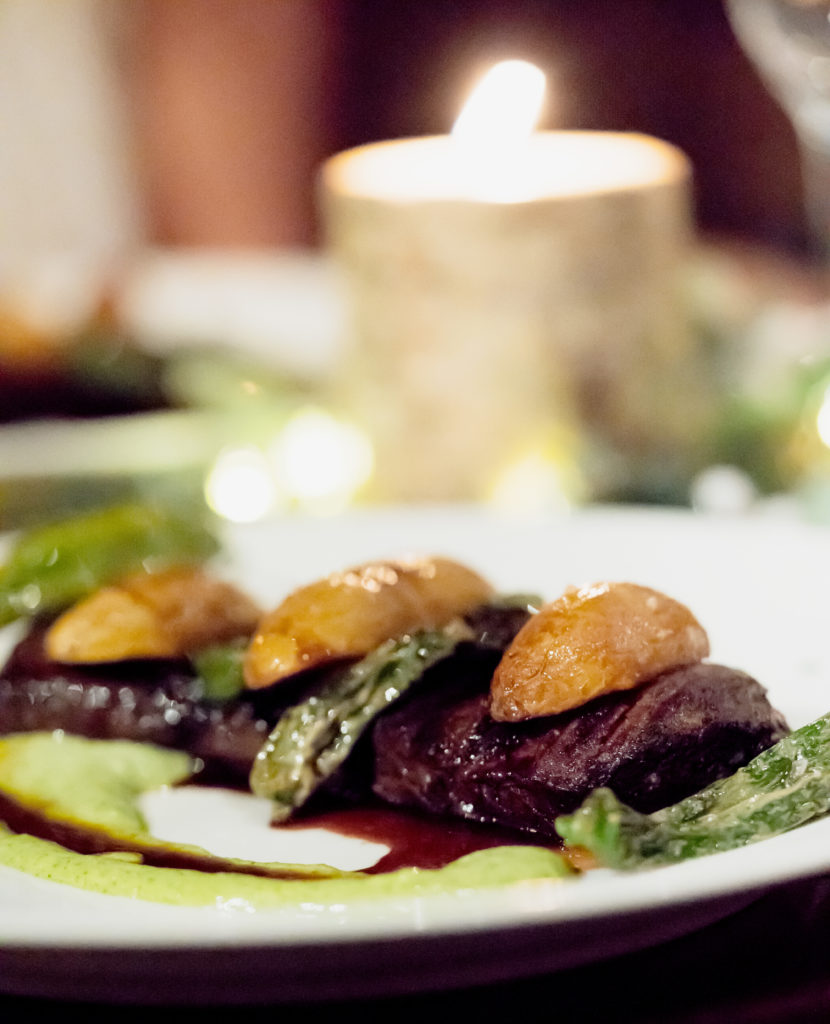 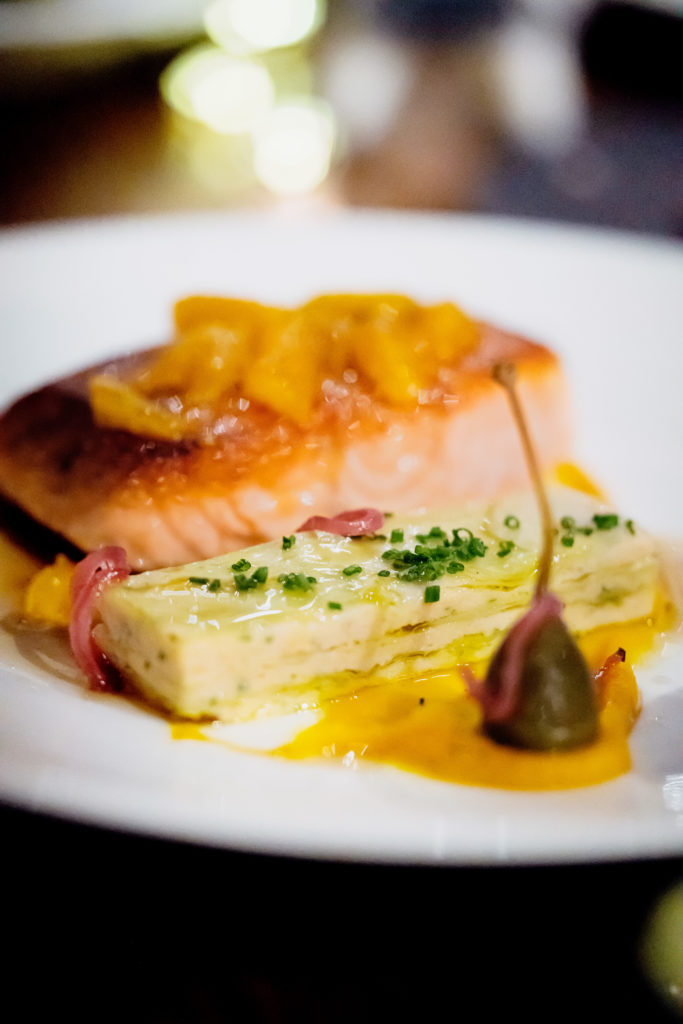 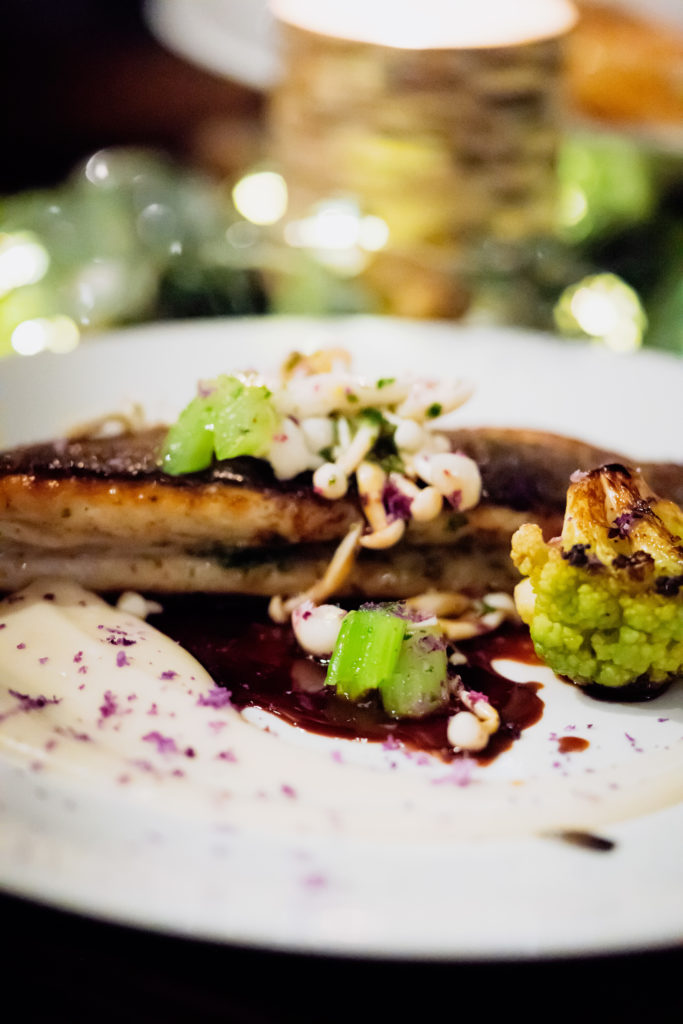 Once we were all done – per tradition, we chose names out of a hat for who: (1) gets to place the star on the tree, (2) flip the Christmas lights on first (3) gives the holiday thanks speech at dinner, and the most important (4) who gets to open the first present.

After that, we closed out the evening like we usually do, with our tradition of the little guy and his felt lama being photographed together. This has been ongoing since he was tiny—his lama attends all special family events and travels with us whenever we vacation. As for new traditions, Naomi and I are making sure we reap the benefits of our Capital One Savor card by taking it with us for days like this one – entertainment + dining out, so we can gain the additional benefit of having more moments like this with our cash back rewards.