Summer isn’t over yet. I know everyone is ready for Fall, myself included when it comes to big cozy one-pot meals and Christmas shopping, but summer produce is still hanging on and in some places going strong. Places like here in Southern California where corn and summer squash is still plentiful and at peak flavor. With that, I’m still turning out burgers like this one. 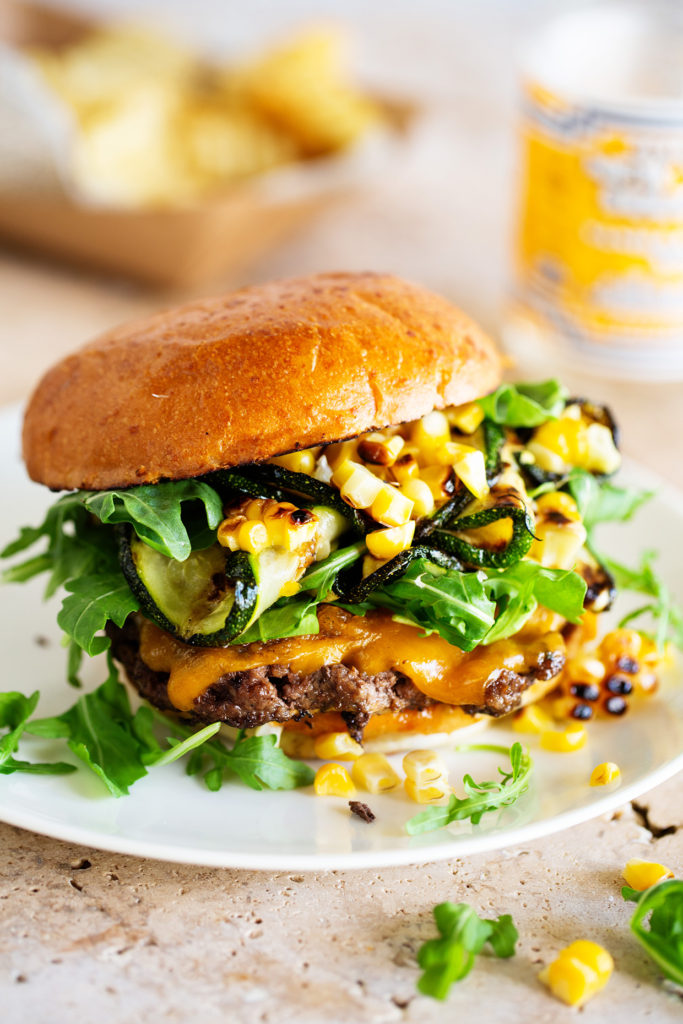 It’s dinner made fast, easy and nearly perfect for those Monday football nights, when paper plates shortcut dish duty and trading out the dinner table for sitting in front of the TV gets me that much closer to the game. Informal dinners like this happen a lot during football season. The boys and Naomi are all in, even the dog gets a little plain patty.

The only real problem that arises is when the dog decides to take a swipe at the whole ensemble when the little guy gets up to use the bathroom. Naturally he cried a good fit-filled wailing, so to tamp that down, I offered half of my burger and a stocking stuffer. The last part wasn’t necessary, but it brought the wailing to a halt faster than a conversation of why the dog wasn’t being mean but rather just being a dog who sees open food.

Gotta love it when Christmas shopping early pays off like that.