Do you ever have one of those days where you can’t decide which way to go? That was me with this—the filling—I could have gone with a pasta toss, but in the end I went with this tart because I was out-voted. 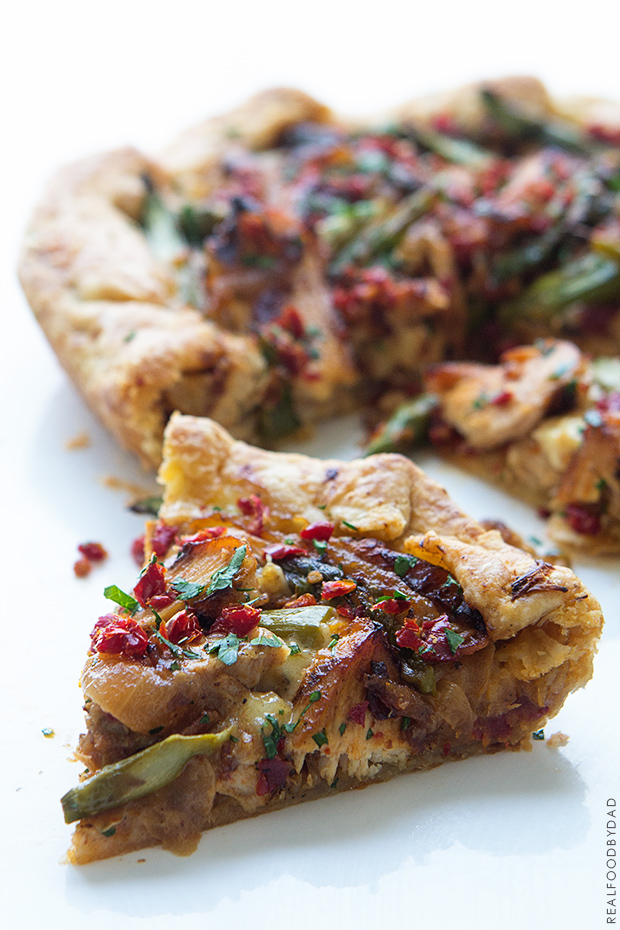 That filling is one you don’t want to miss. Beyond the grilled chicken and asparagus there is also strips of crispy bacon for added flavor, caramelized onions for some sweetness, fontina cheese for the gooey, nutty factor and it’s finished with a heavy sprinkling of parsley and finely chopped sun-dried tomatoes. 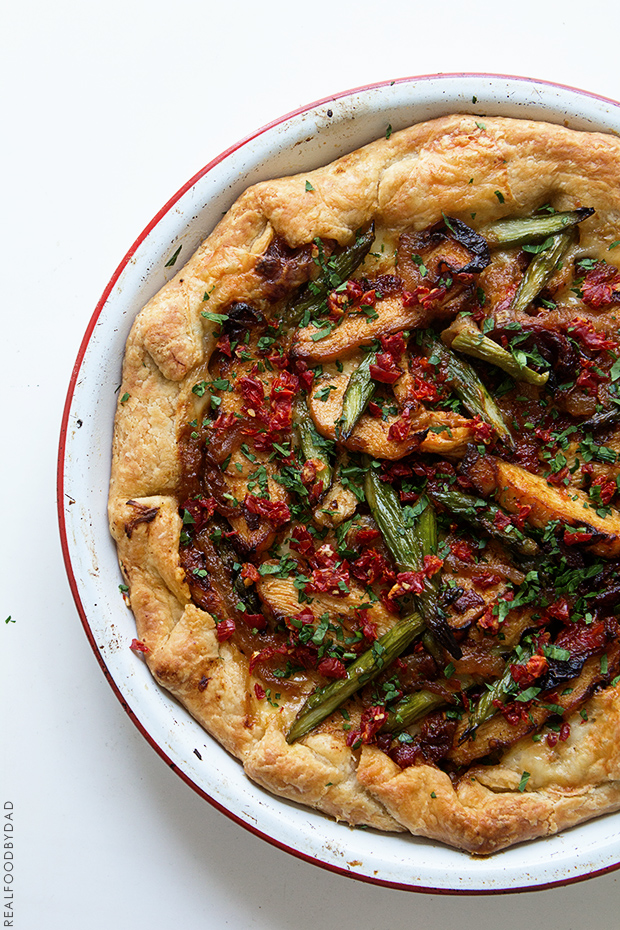 Now do you see why I wanted to toss that all with pasta? But I’ll admit, it was really good against a buttery crust. and we ended eating it like pizza — with our hands and by the slice. And yay to that because I served it with paper plates and had just a few less dishes to do – notable only because Cole and I are cheering on Golden State in the finals and the game was going on.

There you have it, a fast and easy weeknight dinner for the family. You can shortcut this recipe by using store-bought crust. Or plan ahead and make your crust two-three days ahead.