Easy Crescent Cinnamon Rolls ~ The secret ingredient to this no-yeast cinnamon roll is using refrigerated crescent rolls (that are also sold as crescent sheets for recipes like this). It takes half the time to make and it yields an incredibly buttery and delicious cinnamon roll. This version is stuffed with apples and raisins for a little extra flavoring beyond the standard cinnamon filling. To simplify things even further, I baked them in a muffin pan.

I promise you this shortcut crescent cinnamon roll version is anything but lacking in flavor. It’s also a good recipe to do alongside with the kids.

Although if you have head-strong (ahem, stubborn) kids like mine, peel and chop the apples for them. Then stand aside and let them do the work and wait until they ask for an assist. 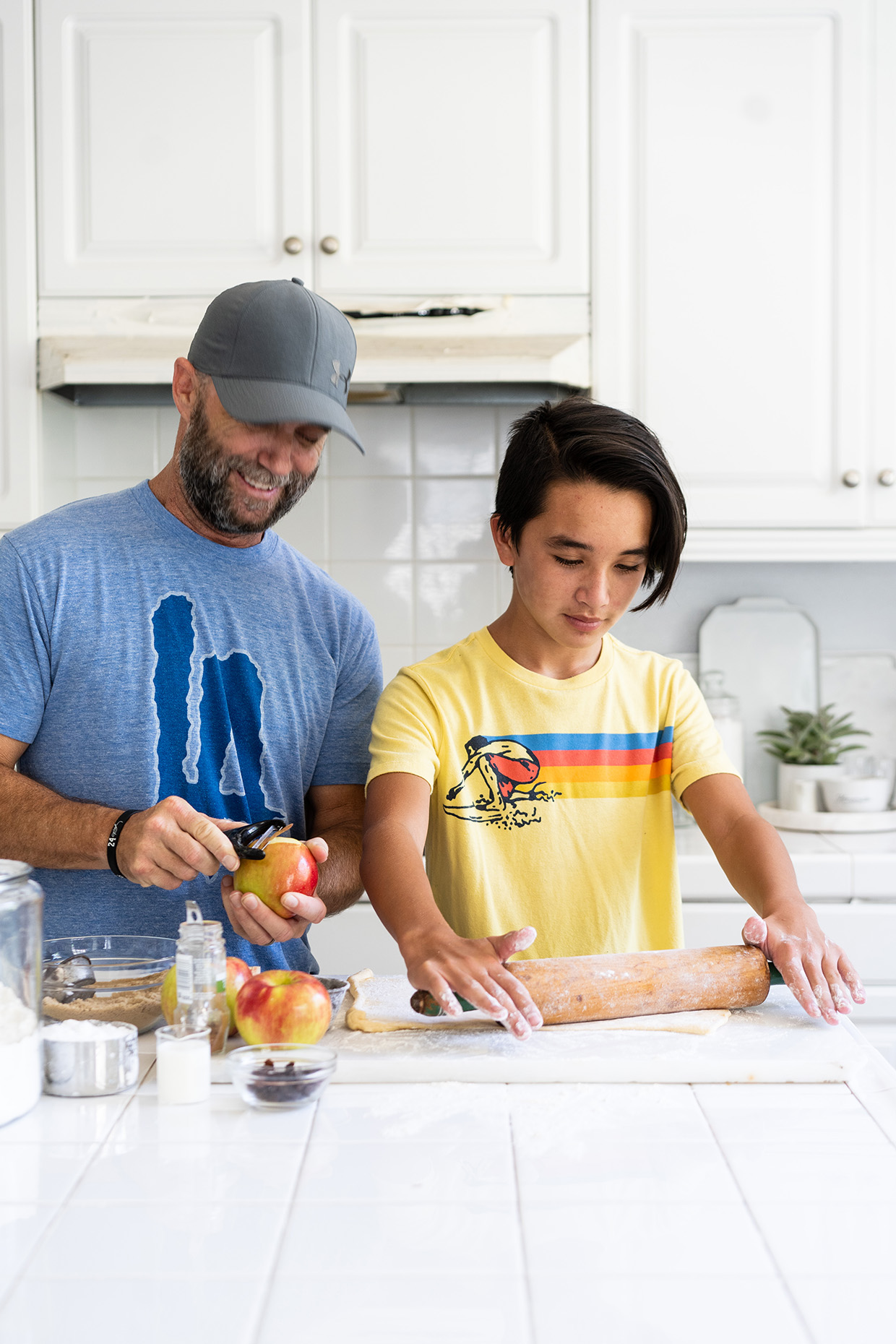 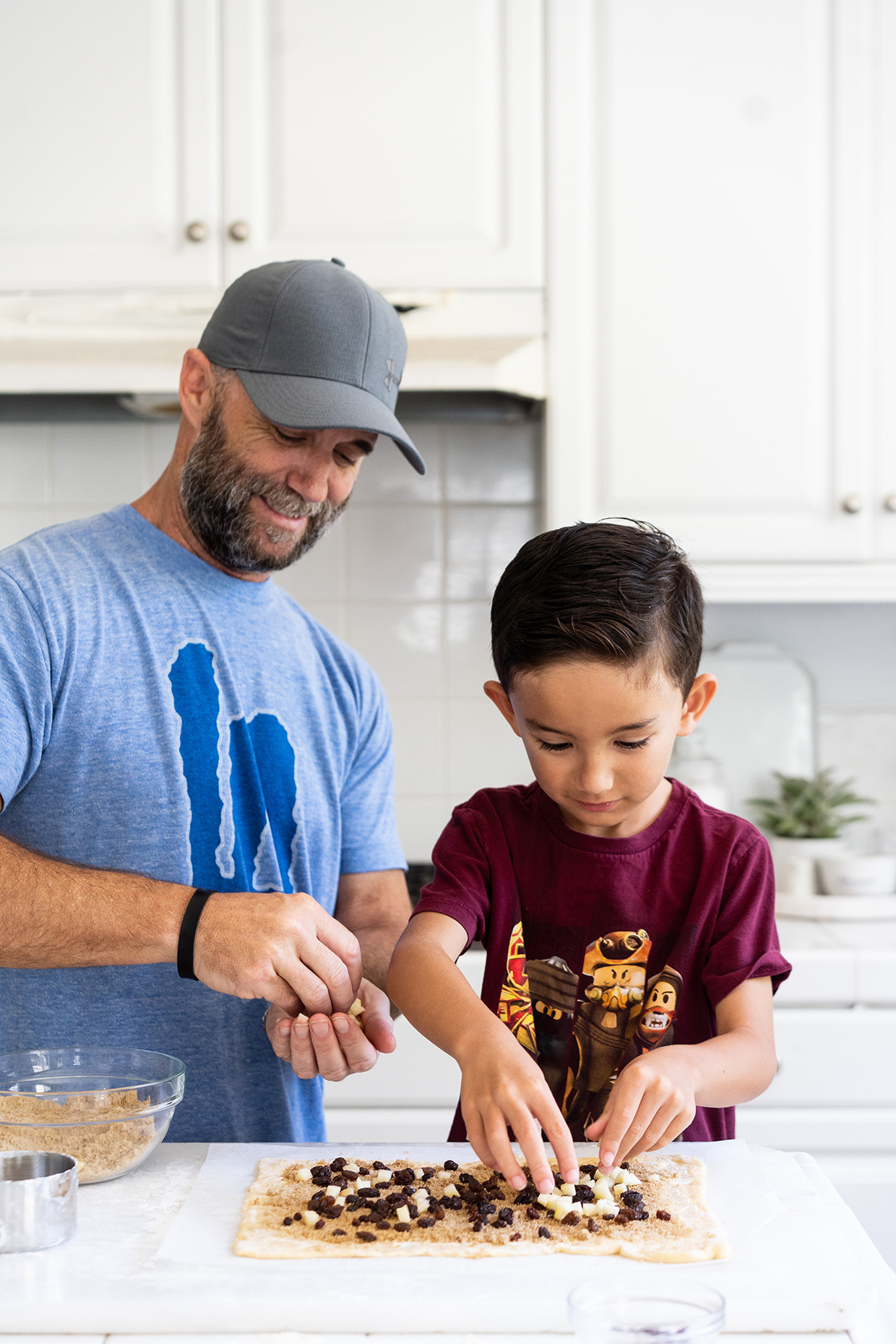 Lucky for me, they like being in the kitchen, but also summer activities are limited and with no sports on TV, so there is no rush to be anywhere. Kitchen time with them has been big around here lately. Between family walks and learning how to cook, the kids are getting fit and learning new skills.

I’m counting down the days until they can actually cook a fully edible meal without me in the kitchen to oversee them.

Do as a you would for any other cinnamon roll recipe you love, but swap out the main component.

Can you make this ahead of time and bake it later?

Yes, absolutely. That becomes even easier you if you bake this recipe in a muffin pan.

Can I bypass the muffin and bake these the traditional way?

Yes, just line them up as you would in casserole pan.

For a few more breakfast recipes, check these out?