Thirty-minute cinnamon rolls? Yep, 30-minutes. It’s fast, easy and made with Pillsbury Grand Biscuits, so they are tender, flaky and just slightly salty enough to highlight the cinnamon pecan filling—think sweet and salty. 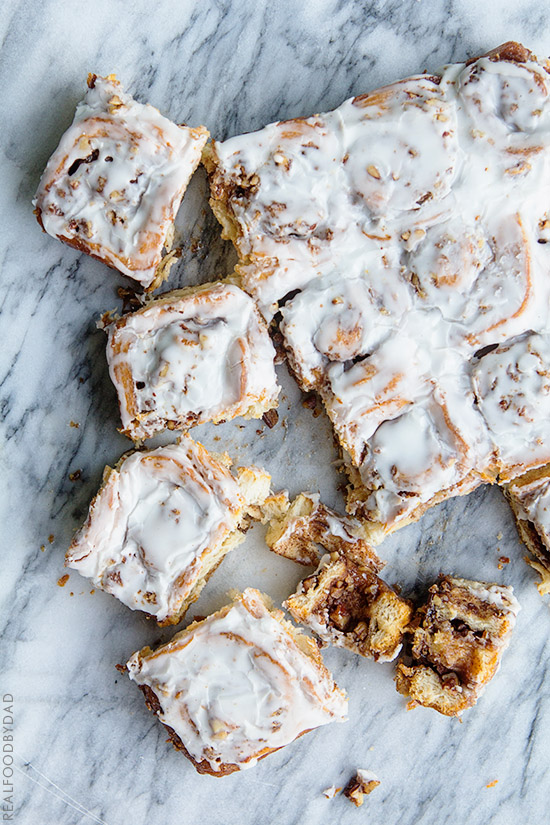 You are going to love these as much as I and my little dude Cole did.

I don’t bake often—okay, pretty much never. But then again, I don’t really need to, because Naomi has that covered. But when I do, I want it to be a lot like this—simple, fast and guaranteed delicious. It didn’t take me long to figure out I would be using Pillsbury’s biscuits to avoid making the dough from scratch. And since it worked out so well in this pull-apart bread, I decided to go for it again here. 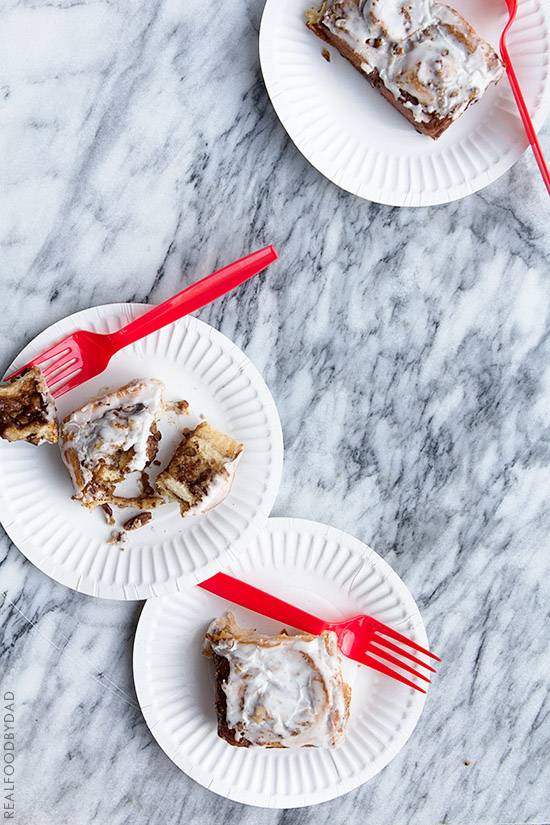 It worked! Cole and his buddies scarfed them down after a long swim. That’s right, swimming in winter. That’s if you can call 80+ plus degrees winter. I can’t complain though, especially next to those of you who have been shoveling snow for the last few days or weeks. Okay, I’m gonna complain a little, only because I love rain and it so seldom makes an appearance here.

So while winter hasn’t been so great here, these 30-minute cinnamon rolls  are—so, get you some Pillsbury Grand Biscuits and get going on these.