This has always been one of my favorite comfort dishes. And up until recently, I would either buy it or bribe Naomi to make it—now I make it when I want it. Problem solved. 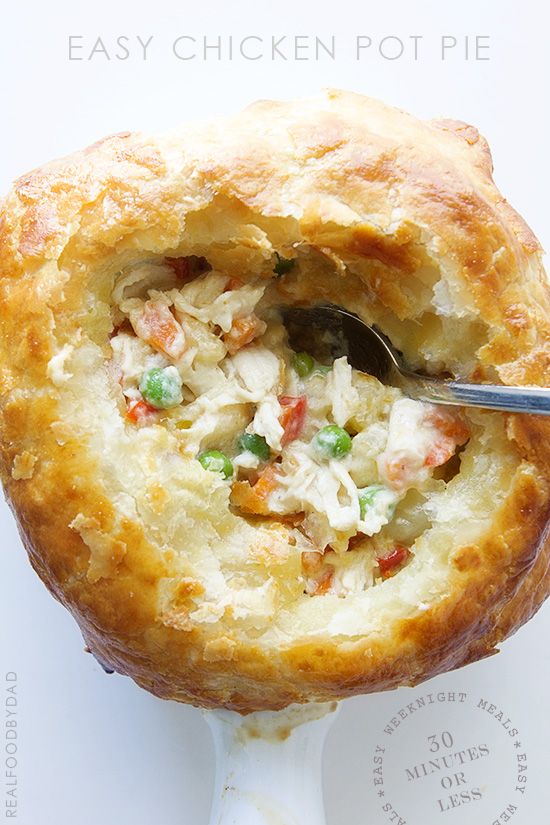 Of course, my recipe has a few shortcuts, so this can easily be thrown together in 30 minutes or less. Yes, you really can have homemade chicken pot pie in less then the time it takes you to heat up the Marie Callender’s version from the freezer! I should know. 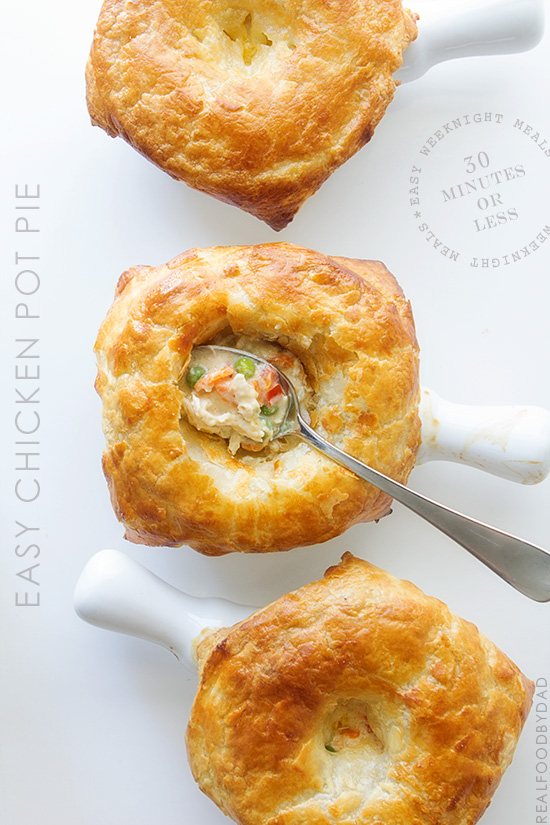 The shortcut does not include using condensed soup of any kind. However, it does require some cream, milk and wine along with starting the whole recipe with some fried sage in brown butter – a trick I picked up from Naomi, it’s a must. Seriously, the flavor that adds is awesome. From there, saute your veggies—and don’t skip the red bell pepper, it gives this whole dish a lot more flavor, just as the Parmesan cheese does. And you guys know I like my Parmesan for flavoring. Other time saving shortcuts include shredding rotisserie chicken and using puff pastry for the top instead of homemade pie crust. 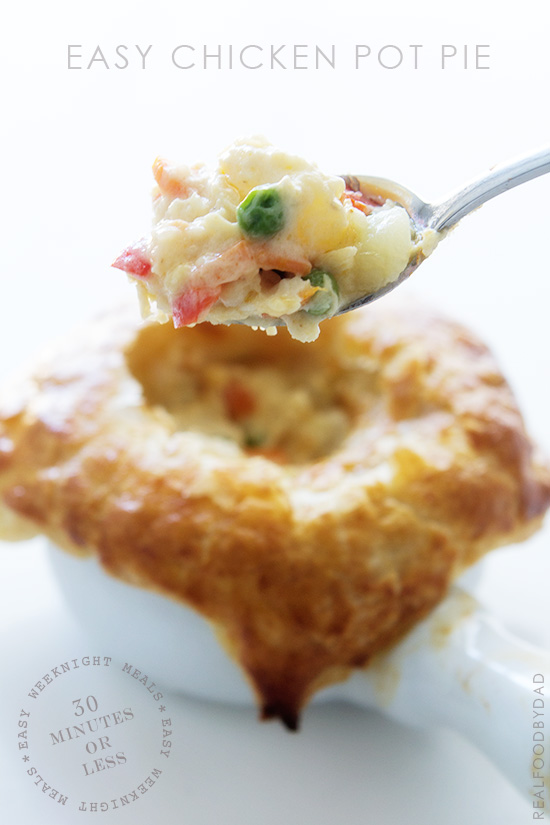 See, easy and (close to) homemade! But if you want to be hard core, go for it – make your shredded chicken by roasting two breasts in the oven and while you are at it, go for the whole shebang and make your own pie crust or go really extreme and make puff pastry from scratch (the latter I’ve been told is a real time sucker).

Mix and match the components homemade vs. semi-homemade as you prefer, but in the end your family will love it for its deeply flavored filling. Anything else is a bonus. So go for it and get cooking! 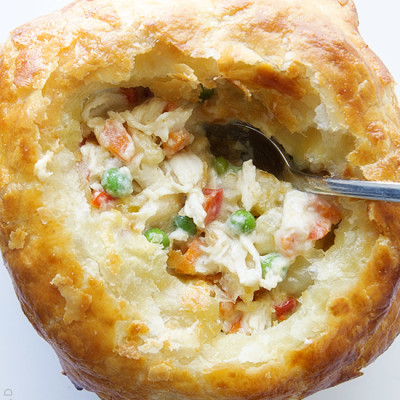 This has always been one of my favorite comfort dishes. And up until recently, I would either buy it or bribe Naomi to make it—now I …