There are times when I want all the flavors of a barbeque chicken pizza but I want to skip the crust. For those times, I usually go for something like this—all the toppings dumped into a zucchini boat. 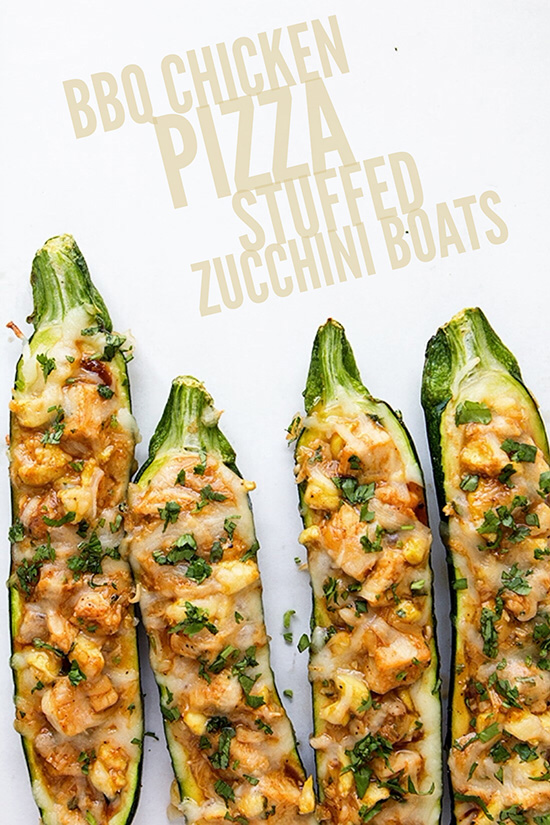 No complaints from anyone on this one, including me, since this takes only a few minutes to toss together. Literally you can have dinner on the table in less than thirty minutes. That is unless the baby wakes up in the middle of his nap hollering because he dropped his puppy outside of the crib and you end up walking him around with all fingers and toes crossed that he will go back into a nice midday slumber. 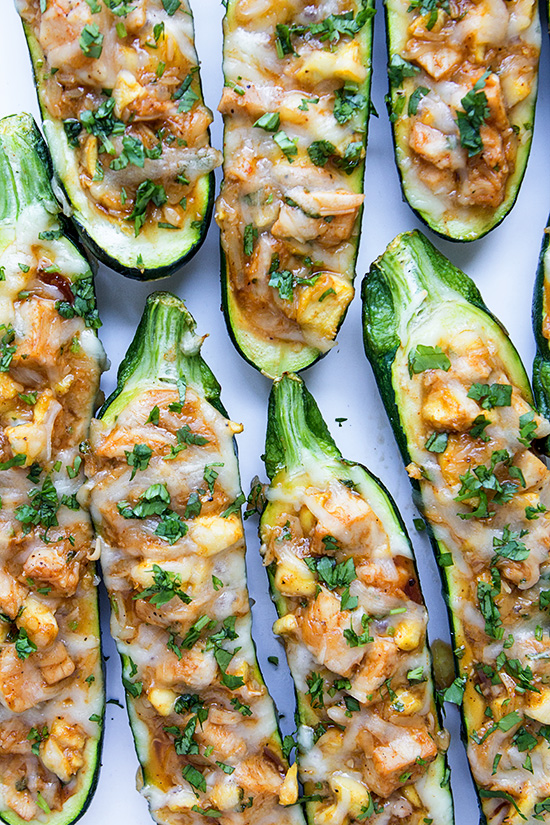 The result of this wishful thinking was finishing out the zucchini boats with a baby in one arm while the other one did all the mixing—something that I’ve become increasingly good at.

Now if I can only figure out how to shoot with a baby in one arm. 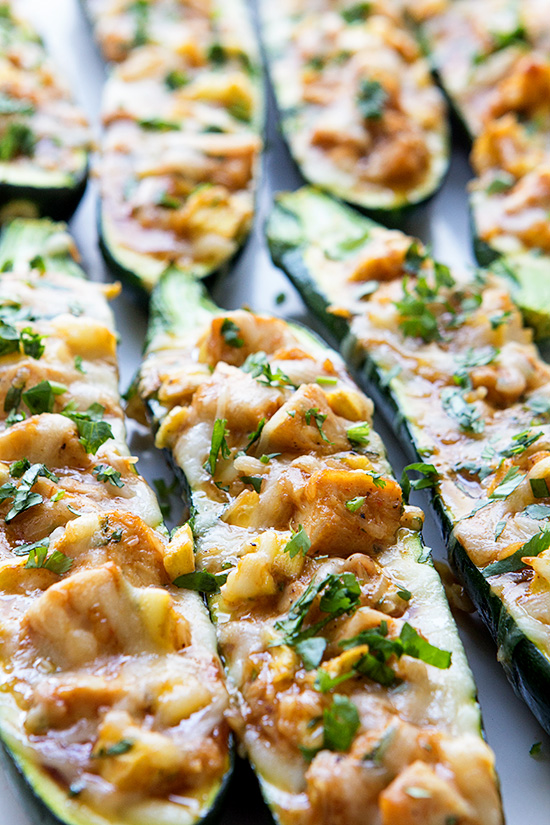